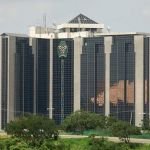 THE Central Bank of Nigeria, CBN, has introduced a N250 billion intervention facility to help stimulate investment in the gas value chain. The apex bank said large-scale projects under the intervention will be financed through the Power and Airlines Intervention Fund, PAIF, in line with existing guidelines regulating the PAIF, while small-scale operators and retail distributors will be financed by the NIRSAL Microfinance Bank, NMFB.

In its new guideline titled: ‘Framework for the implementation of an intervention facility for the national gas expansion program,’ the CBN said the initiative would be implemented in collaboration with the ministry of petroleum resources. It stated that one of the objectives of the facility is to improve access to finance for private sector investments in the domestic gas value chain.

The new guideline stated that the facility will stimulate investments in the development of infrastructure to optimize the domestic gas resources for economic development. According to the CBN, the facility is aimed to fast-track the adoption of CNG as the fuel of choice for transportation and power generation, as well as LPG as the fuel of choice for domestic cooking, transportation, and captive power.

The apex bank noted that the development would also fast-track the development of gas-based industries, particularly petrochemical (fertilizer, methanol, etc) to support large industries, such as agriculture, textile, and related industries; provide leverage for additional private sector investments in the domestic gas market; and boost employment across the country.

“Nigeria is richly endowed with both energy resources, such as coal, tar sand, crude oil, petroleum, and other derivatives of crude oil, natural gas, and various gas liquids and condensates. With proven gas reserves of 188 trillion cubic feet (tcf) of gas, the natural gas industry presents an opportunity to diversify the economy through domestic commercial utilization of its natural gas. Historical non-viability of domestic commercial production and utilization of gas continues to severely constrain private investments in the industry.

“Consequently, the low level of investment in the industry has resulted in the minimal production and utilization of Compressed Natural Gas (CNG) and Liquefied Petroleum Gas (LPG) as clean alternative sources of domestic energy in Nigeria. Failure to harness its gas resources has had negative consequences for the country – economic, environmental, fiscal and social, particularly as the industry has the potential to engender rapid growth in Nigeria’s non-oil economy,” it said.

“Others are establishment and manufacturing of LPG retail skid tanks and refilling equipment; development/enhancement of autogas transportation systems, conversion and distribution infrastructure; enhancement of domestic cylinder production and distribution by cylinder manufacturing plants and LPG wholesale outlets; establishment/expansion of micro-distribution outlets and service centers for LPG sales, domestic cylinder injection and exchange, and any other mid to downstream gas value chain related activity recommended by the ministry of petroleum resources.”

“Interest rate under the intervention shall be at not more than 5.0 percent per annum (all-inclusive) up to 28th February 2021, thereafter, interest on the facility shall revert to 9 percent per annum (all-inclusive) effective from 1st March 2021. And loan term shall have a maximum tenor of 10 years (not exceeding 31st December 2030) depending on the complexity of the project.

“Each project tenor shall be determined in relation to its cash flow and life of the underlying collateral. Loan terms shall be allowed a maximum of two years moratorium on principal repayment only with the working capital facility of one year with a maximum rollover of not more than twice, subject to prior approval,” it said.

Edo, Ondo Polls: INEC Clears Air On Use Of Z-Pad