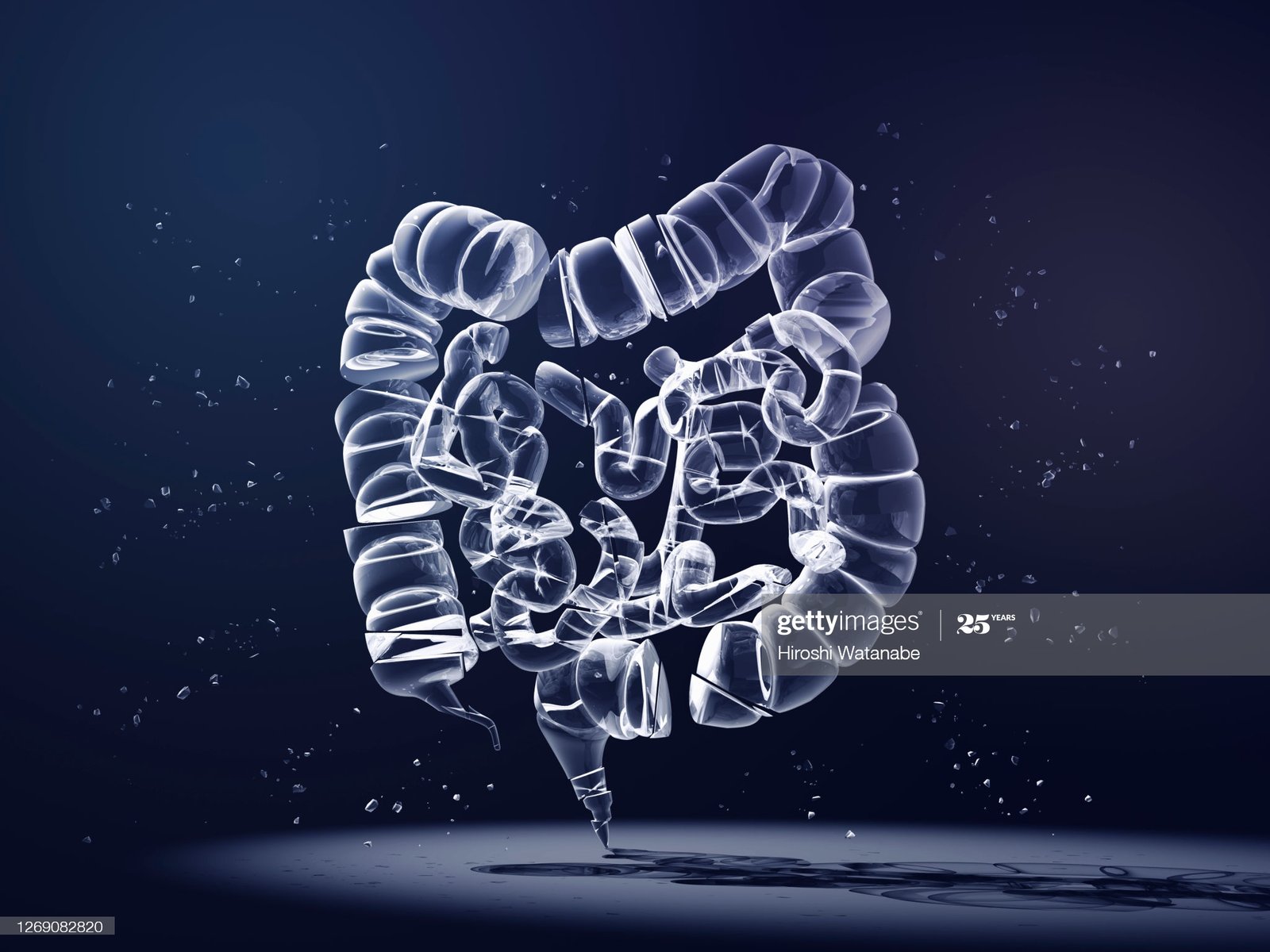 In Nigeria, the incidence of colon cancer, a treatable condition if detected early, is on the rise. In this interview by Sade Oguntola, a colon cancer expert, Dr David Irabor at the University College Hospital (UCH), Ibadan, said its increasing cases are linked to the westernization of Nigerians’ diet.

What is colon cancer and what makes it deadlier than say cervical cancer many people talk about?

Colon cancer is a cancer that begins in the large intestine (colon).  Cancer is due to an unrestricted and unregulated growth of cells. On its own, colon cancer is not as deadly as cervical cancer because, with cancer of the cervix, such things as bleeding from the vagina, pain during sex or foul odour from the vagina will make women go to report at the hospital on time.

Now, colon cancer grows little by little. So, its symptoms will only be noticed after the growth has blocked like half of the lumen of the colon and affected persons have started to see blood in their stool. Some are also detected after a complaint of body weakness and pale eyes.

So, oftentimes, the growth would have been progressing for almost a year before it is detected in many developing countries, Nigeria inclusive. It is unlike developed countries that have institutionalized screening for cancers to ensure cancer cases can be detected much earlier. If you pick up cancers like colon cancers at a very early stage, it may be possible to cure it.

What are the early signs that could be suggestive of colon cancer?

Signs of colon cancer that may be experienced would be determined by where the cancer is situated in the colon. But basically, signs and symptoms of colon cancer include a persistent change in bowel habits, including diarrhoea or constipation or a change in the consistency of the stool; bleeding through the anus or blood in the stool; persistent and unexplainable abdominal discomfort, weakness or fatigue and unexplained weight loss.  If the right part of the colon is affected, they may not have pain because usually there is no obstruction unlike if the cancer is in the left part of the colon.

In Nigeria, many people assume bleeding through the anus or blood in the stool is only indicative of haemorrhoids. How is it linked with colon cancer?

With colon cancer, as the stool is forcing itself through the narrowing colon, it may bruise the tumour and cause it to start to bleed. Sometimes, if cancer starts in the beginning part of the large bowel, you may not see the blood with the physical eyes. That is called occult blood or microscopic blood.

How do you get colon cancer?

Nobody knows exactly what causes colon cancer but there are predisposing factors. We talk about genetic factors and environmental factors. Genetic factors are not common in Nigeria unlike in developed countries where they have all sorts of syndromes that have what is called polyps.

When you see those polyps in young children and adults, know that in 15 to 20 years time, they will develop colon cancer.  Now, if such a child or adult has maybe a father or grandfather who previously had colon cancer, then something is done to preempt the colon cancer. That part of the bowel with the polyps is removed, through surgery, before they get malignant. The colon is like five feet long, so cutting and then rejoining back the colon will not create any problem. But, we have started to see more of these polyps also in Nigerians, which is why we are linking some cases of colon cancer to diet. There is no doubt about it, it is what you eat that can give rise to this problem too.

What types of diet or food increases a person’s risk of developing colon cancer?

For instance, the intake of too much red meat is bad. That is already concluded.  Likewise, entrails of a butchered animal, also called variety meats or organ meats, like other fatty foods can also predispose to colon cancer. That is why America and the UK top the list of countries with colon cancer because of their high meat consumption. Although we are seeing a rise in the incidence of colon cancer in Nigeria, it’s not as bad as in the United States.

How about the African local diet?

Our local diet, because of its high fibre content, is super in protecting against colon cancer. This is unlike the processed foods and fast foods that many people now favour above bolus diet like eba, pounded yam and tuwo that is taken with vegetable stew.

Intake of bolus diet like eba and pounded yam will ensure that the stools, including toxins that can start to cause changes within the gut, do not stay too long inside it, unlike processed foods such as pasta, noodles and so on.  Unfortunately, people now take more fast food, which is deleterious to health. The changing diet is changing the internal environment of the colon and making us more susceptible to colon cancer.

Are alcohol use and smoking also risk factors for colon cancer?

Tobacco smoke contains a lot of carcinogens; these are substances that cause cancer. It has been shown that smoking also increases the incidence of colon cancer.  Similarly, drinking alcohol also increases the incidence of colon cancer. However, a glass of red wine in a day is not bad. It could have what’s called chemo preventive powers to stop the colon cells from developing abnormally.

What is the implication of different mode of food preparation, like smoking and grilling on the occurrence of this cancer?

Application of high temperature to red meat when roasting, grilling or deep frying could cause changes in the proteins in the meat and release harmful chemicals which could cause colon cancer. There is no doubt about that. It has also been shown that suya also roasted over a charcoal fire could also have those carcinogens.

But, for now, we don’t know how much of those carcinogens anybody will take before it starts to have harmful effects. Nevertheless, the Nigerian local diet, with one or two pieces of meat, is the best option. It is protective if we can stick to that diet.

Can you have colon cancer for years and not know it?

No, if it’s untreated within 18 months, there might be total occlusion. Also, it might spread to other places. The most common place colon cancer spreads to is the liver. In such a person, the abdomen starts to swell and under an ultrasound scan, you see that the liver is full of round nodules.  So, it can’t go on for years without being manifest.

Why are more young people getting colon cancer and dying from it?

In Nigeria, the peak incidence of this cancer is between age 50 and 60 years. But the average age when it starts is 44 years. That is the age an individual should be occupying a managerial position after years of successful schooling and training, which is very unfortunate.

Again, in Africa, we are seeing young people less than 30 years of age developing colon cancer. About a quarter of people coming down with this disease are under the age of 30 years. Unfortunately, in those under 30 years, colon cancer disease seems to be more aggressive, which is why they die.

Roughly, the male to female ratio is like 1.2 to 1, which means for 12 men with this cancer, there will be other 10 women also with cancer. It is also more common in city dwellers than those in rural areas who eat more fresh vegetables and are less exposed to environmental pollution.

Are there blood tests or screening tests for colon cancer?

Nigeria does not have an institutionalized screening programme for colon cancer. People will have to complain of things like loss of weight, blood in stool and so on before their blood is tested. The blood test is called carcinoembryonic antigen (CEA). There is a normal level of CEA. When it is above the normal levels, the individual then goes on to have a colonoscopy to be sure that there is nothing inside the colon.

Abroad, screening is done with a colonoscopy to check if there is any abnormality in the colon. They can even use the colonoscope to remove the small polyp. When they see anything suspicious, they take a biopsy of the affected area for further tests. If the affected part of the colon has cancer, it is removed. Colonoscopy is expensive, that is why we haven’t been able to use it as a screening tool and it is also in a few health facilities in Nigeria.

Faecal occult blood can be used for population screening. It’s not the best. It’s a bit untidy.  But it can have its usefulness for a developing country with minimal infrastructure. It will help narrow down the number of people that will then require having colonoscopy.