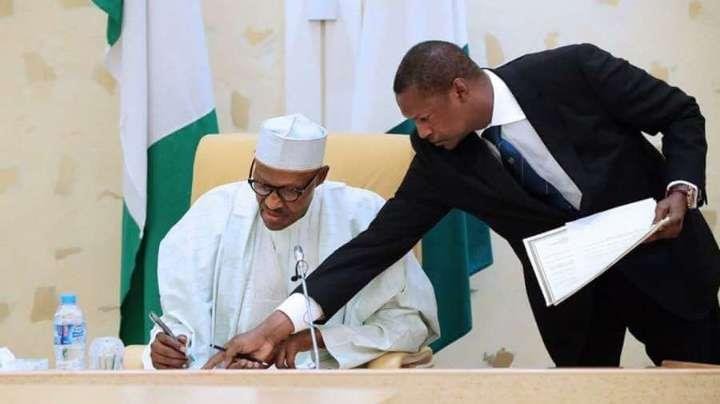 The Attorney-General of the Federation and Minister of Justice Abubakar Malami (SAN) has transmitted the Petroleum Industry Bill to President Muhammadu Buhari.

Sources within the Presidency confirmed the development to this newspaper on Thursday.

One of the top Presidency sources said that the bill was transmitted to the President on Thursday for further action.

Specifically, the source who pleaded not to be named as he was not officially permitted to speak on the issue said the bill would be considered by the President after which it would be sent to the National Assembly for legislative scrutiny.

The source said, “The AGF has transmitted the PIB to Mr. President. After which it will be transmitted to the NASS.”

The need to pass the bill into law has been seen as urgent this year as low oil prices and a shift towards renewable energy have made the competition tougher to attract investment from oil majors.

The Minister of State for Petroleum Resources, Timipre Sylva had in August said that the passage of the PIB would form the basis for major reforms in the oil industry.

The PIB was first introduced to the National Assembly in December 2008.

A Presidential committee set up in 2007 to look into the oil and gas sector came up with the idea of the bill, which aims to increase the level of transparency at the Nigeria National Petroleum Corporation as well as raise Nigeria’s share of oil revenue.

Drafts of the bill, however, became very contentious due to objections from the international oil companies and the NNPC.

As a result of the contentious issues, the bill was never passed into law.

The PIB among other issues looked into the ownership and management of petroleum resources, functions and powers of the Minister of Petroleum, the establishment of the Nigerian Petroleum Regulatory Commission which was to act as a regulator for the entire petroleum industry (upstream, midstream, and downstream) and the restructuring of the NNPC.

Many Oil companies believed new investments in the oil sector are dependent on the passage of the PIB as it would take a more integrated approach in addressing issues around the fiscal terms following the passage of the Deep Offshore and Inland Basin Production Sharing Contracts (amendment) Bill, 2019.