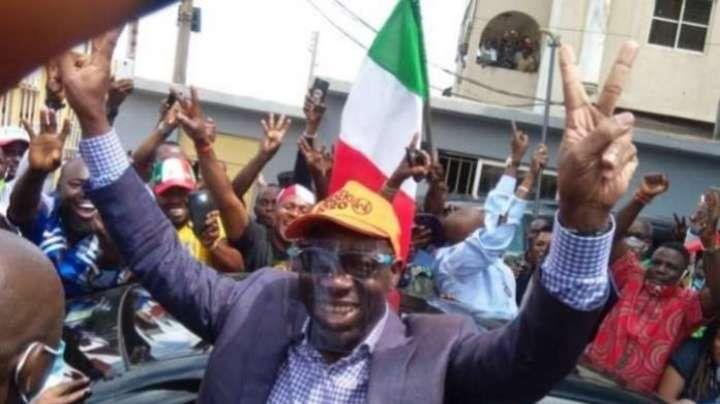 The All Progressives Congress, APC, has accused Governor Godwin Obaseki of seeking approval for a N1.5 billion loan from the factional Edo State House of Assembly headed by Hon Frank Okiye for buying votes during the September 19 governorship poll.

The Chairman, APC Media Campaign Council, John Mayaki, made the accusation in a statement released yesterday. He said plans are afoot to cash the loan at a particular commercial bank allegedly chaired by a friend of the governor.

However, the Commissioner for Information and Orientation, Stewart Efe, pooh-poohed the allegation, describing it as a campaign of calumny by the APC, he said was aware that it would lose the September election.

He said: “After depleting the treasury of Edo State with his constant illegal withdrawals, the outgoing Governor Godwin Obaseki is now finalizing plans to obtain a 1.5 billion naira loan from a commercial bank for the sole purpose of vote-buying on the 19th of September.

“This latest move and an indication of the Governor’s pathological desperation was reliably communicated to us by a source in his illegal Assembly of seven members out of the 24 elected to represent the people of Edo State.

“This illegal Assembly of seven members, convening in aberrant and unlawful meetings dictated by Governor Godwin Obaseki in the Edo State Government House after leading thugs to destroy and desecrate the legislative chambers, quietly received and passed a request for a loan of 1.5 billion naira which the Governor intends to deploy in his planned vote-buying and mobilization of more thugs to orchestrate violence following anticipated defeat in a fair contest.”

He said the APC will resist every attempt by the governor to compound the woes of the state and leave behind intractable problems that would stall development and growth.

He threatened a petition to the EFCC on the planned loan and urged all civil society groups in Edo State to live up to their mandate of holding the government accountable and combating institutionalized corruption by taking the state government to task on the said loan.

Countering, Efe told newsmen: “This is a campaign of calumny, it is not true, the story is to hoodwink the people and it is the handiwork of mischief makers who know they will lose in the election.

“The people are with Governor Obaseki who has worked for the people unlike them that have nothing to show. Governor Obaseki’s recharge card is full of distinctions. His imminent victory can be likened to a child that has been born whose pregnancy cannot be aborted. He has changed the narrative of governance. These people should forget about September 19 and join hands with Obaseki whose interest is about the well-being of the state.”