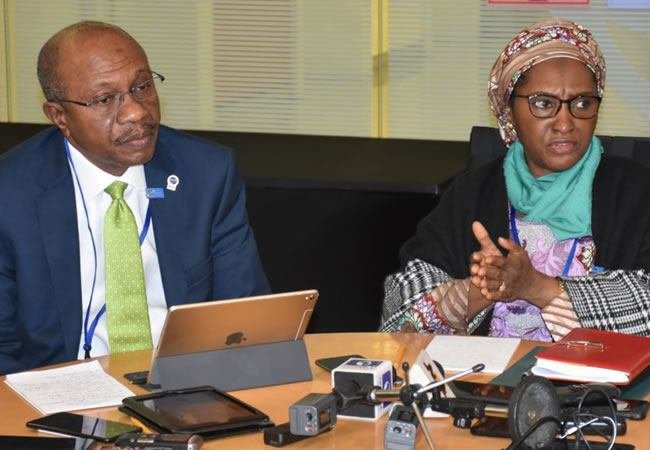 The Federal Government’s removal of the petrol subsidy and the increase in electricity tariffs are in line with reforms being sought by the International Monetary Fund and the World Bank, economic experts have said.

The IMF had on April 28 approved Nigeria’s request for emergency financial assistance of $3.4bn to support the country’s efforts in addressing the severe economic impact of the COVID-19 shock and the sharp fall in oil prices.

The Washington-based fund also published the country’s letter of intent in a detailed report released on April 29.

In the letter, the Minister of Finance, Budget and National Planning, Mrs. Zainab Ahmed, and the Central Bank of Nigeria Governor, Mr Godwin Emefiele, pledged that fuel subsidy would not return.

The sharp drop in crude oil prices on the back of the spread of coronavirus saw the landing cost of petrol hit a record low in March, wiping off subsidy on the product. The Federal Government, on March 18, reduced the pump price of petrol to N125 per liter from N145.

“The recent introduction and implementation of an automatic fuel price formula will ensure fuel subsidies, which we have eliminated, do not reemerge,” the Federal Government told the IMF in the letter dated April 21, 2020.

In a report on August 17, Reuters quoted sources as saying that the World Bank was unlikely to approve a much-needed $1.5bn for Nigeria in August as planned due to concerns over desired reforms.

It said the World Bank, which had said Nigeria could be heading towards its greatest fiscal crisis in 40 years, had aimed to bring the loan to its board for approval last month, but the sources said negotiations over what Nigeria would do to secure it were incomplete.

According to the report, World Bank loans are often contingent upon reforms, and it has not outlined any demands, but said previously that it was ‘recommending’ a more unified, flexible exchange rate.

Reuters said fuel subsidies and electricity tariffs were also being discussed, adding that a banking source said the loan could now not be approved until October.

An economist and Chairman of the Foundation for Economic Research and Training, Prof. Akpan Ekpo, said, “Once a country does not run its economy well and it wants to borrow from the IMF, it will be given conditions. If the economy is well-run, the country may be given soft conditions.

“But if the economy is not well-run, the country will be given tough conditions. At times, the reforms the World Bank or IMF wants the country to implement may not augur well with the common man. Some reforms are in our interest.”

The Managing Director/Chief Executive Officer, Cowry Asset Management Limited, Mr. Johnson Chukwu, told our correspondent that apart from the World Bank and the IMF, some Nigerians had been advocating the removal of fuel subsidy.

He said, “With or without external pressures, there was an absolute need for Nigeria to remove subsidies on consumption and channel the resources to more critical sectors of the economy that will stimulate the economy.

“What the IMF and the World Bank were emphasizing was that Nigeria had some inefficiencies in resource allocation and that if the country wanted them to give it support, the inefficiencies should be eliminated.

“They were urging the government to plug the wastages in the system.”

Chukwu said to optimize the use of the loans, the government should provide critical infrastructure that would help to create jobs and help the economy to grow.

An economist and Senior Lecturer, Lagos Business School, Dr. Bongo Adi, said, “We know what the Bretton Woods institutions stand for. They are pro-market, liberal economic institutions. Before you access their loans, you have to be ready to meet certain conditions.

“Surely, you can see that there is a linkage between the loans we are trying to get and the conditionalities they have always traditionally required of any country seeking loans.”

Adi described the removal of fuel subsidy and the move towards cost-reflective electricity tariffs as the right policies but said they were being implemented at the wrong time.

APC, PDP, others at war over alleged doctoring of party agent’s list