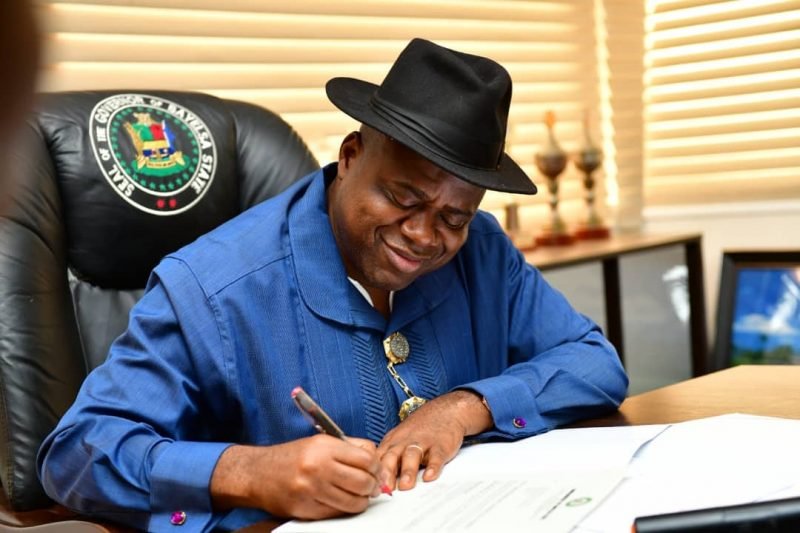 The election was nullified based on a petition by the Advanced Nigeria Democratic Party, which argued that it was unlawfully excluded from participating in the election.

The tribunal ruling can, however, still be challenged at the appeal court.

More details on the tribunal’s Monday ruling will be provided in subsequent updates.

Monday’s ruling comes two days after the tribunal dismissed three other petitions against the election of Mr. Diri of the Peoples Democratic Party.

Read our story on Saturday rulings below.
The Bayelsa State Governorship Election Petition Tribunal sitting in Abuja, on Saturday, dismissed three petitions against Duoye Diri of the Peoples Democratic Party (PDP) and affirmed him the duly elected governor of the state.

The petitions dismissed by the tribunal were filed by the Alliance for Democracy (AD), the United People’s Congress (UPC), and the Liberation Movement (LM).

PREMIUM TIMES reported how the Supreme Court, on February 13, sacked David Lyon of the All Progressives Congress (APC) as the governor-elect barely 24 hours to his inauguration.

The apex court based its rulings on the premise that his deputy, Biobarakuma Degi-Eremienyo, presented false information to the Independent National Electoral Commission (INEC) in aid of his qualification for the November 16 governorship election in the state.

The apex court then ordered INEC to declare the party with the highest number of lawful votes and geographical spread the winner of the election. Mr. Diri was later sworn in as governor

The judge, S.M. Owoduni, who read the lead judgment of the tribunal held that the petition filed by AD and its candidate, Owei Woniwei, is incompetent and lacks merit.

The second petition filed by Ibiene Stephen and his party, UPC and the one filed by the candidate of the Liberation Movement (LM), Vijah Opuama, were also dismissed.

Mr. Opuama had filed his petition to challenge the declaration Messrs Diri and Ewhrudjakpo as governor and deputy.