Appreciating Buhari on a promise fulfilled 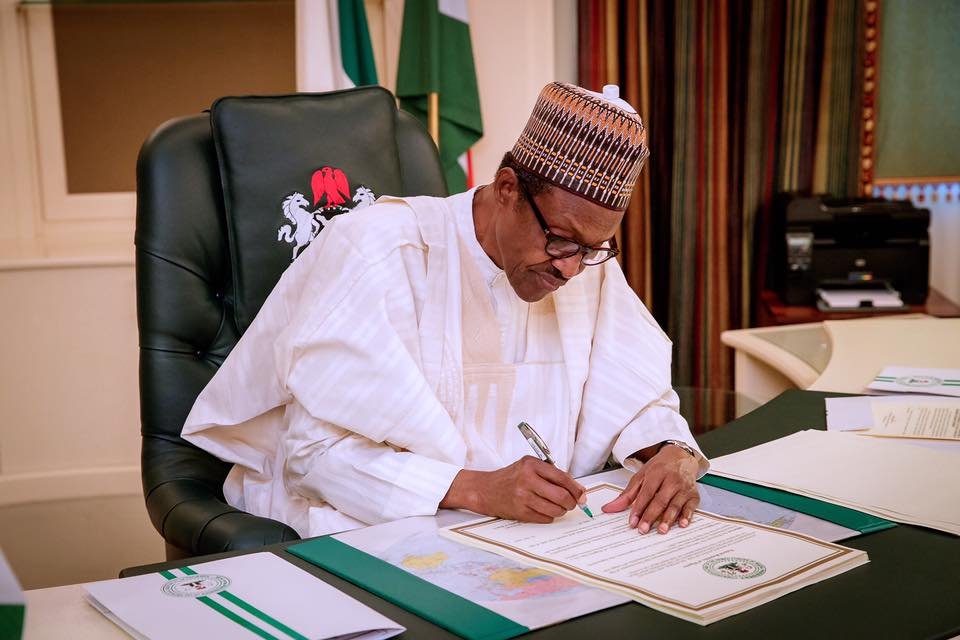 President Muhammadu Buhari is a man of his words. During the 2015 elections, he promised to do three things, improve on the economy, tackle corruption, and address the insecurity in the country. He has since assuming office started the fight against corruption from which millions of dollars have been recovered by the government and many serving and former public officials brought to book.

The current administration by the introduction of the Treasury Single Account and Bank Verification Number, BVN, also blocked major conduits for corruption. The economy has also been on a steady rise since the stabilization of the exchange rate, increased investment in the agricultural sector, and stability of the banking system. While much has been achieved in the areas of improving the economy and fighting corruption, the focus of this piece will be on security and how the current administration has succeeded where others feared to tread because of the impact it has had on all citizens especially the masses. Before the coming of the current administration, the level of insecurity was so high that Boko Haram terrorism extended to all the states in the Northeast except Taraba, that life became a living hell for the people of Yobe, Bauchi, Adamawa, and the Gombe States. More than 20 local councils in Borno, Yobe and Adamawa States were captured by Boko Haram and placed under the administration of terrorists. Major towns within the axis like Potiskum, Buni Yadi, Biu, Madagali, Gwoza, Garkida, Bama, Baga, Monguno, Benisheik, etc. all lost their peace as the insurgents could invade any at will and sack residents. It was so bad in the country that the Boko Haram terrorist hoisted their flags at Gwoza, excised it from other parts of Nigeria, and declared their caliphate there. They did not stop at that but extended their nefarious activities to other states outside the Northeast like Kano and Abuja targetting high profile personalities like the emir and the Inspector General of Police and sensitive buildings like the United Nations building in Abuja and the headquarters of the Department of State Security. States like Niger, Plateau, and Kogi State precisely, Okene and Koton Karfe, began to feel the negative impacts of the terrorists. Extending their tentacles became so easy that the insurgents began planning to settle and extend their reign of evil to Lagos. But as Mr. President took over the mantle of leadership and kept to his words to secure Nigerians, he directed that the operational headquarters of the fight against insurgency move to the theatres of operation. From that moment, things began to change. The terrorists, seeing the depth of intelligence put into security and the commitment of the government towards fishing them out, fled from Abuja to other places. The effective monitoring and surveillance mounted in Kaduna, Niger, Kogi, and Plateau made the terrorists in those states to also flee. Most of them were later confirmed to flee to reinforce their fast diminishing strongholds at Sambisa forest which was being battered and their members were being pushed to the fringes of the Lake Chad. The Northeastern states of Bauchi, Gombe, Adamawa, and Yobe that were being traumatized by the terrorists began to heave sighs of relief as the Buhari administration, through reinforced coordination and strategies sacked the terrorist elements in those states and people began living their normal lives. The livestock market at Potiskum has since bounced back attracting traders and other business interests beyond the shores of Nigeria while Mubi has retained its verve with schools and other activities resuming in full swing. With sustained efforts, the Boko Haram miscreants and ISWAP activities have been confined to few border communities in Borno State. Even within Borno, places that were hitherto tormented by the terrorists like Gwoza, Izge, Biu, Benisheik and Konduga, have been liberated and kept free from their operations. No doubt, President Buhari has kept his promise of eradicating terrorism in all these states and what is left today is the remnants of the terror group in parts of northern Borno. Nigerians are happy that President Buhari has not disappointed them with his promises to make Nigeria secure for citizens. The level of economic activities within the states liberated from terrorism has quadrupled and many who were displaced in various parts of the country have returned to their communities. Food security has been enhanced with the increase in the production of farm produce that is found only in those states. The general atmosphere in Nigeria has been that of fresh air and the people are happy that they have been enabled to pick up the pieces of their lives. General Buhari’s credentials as a man of integrity have been enhanced with these achievements. Olasanmi is a journalist and wrote from Abuja.