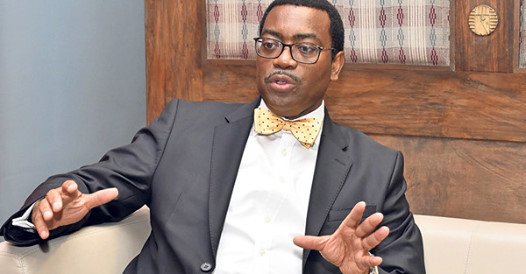 Delegates from member countries and shareholders of the African Development Bank (AfDB) will meet virtually for the first time in the bank’s history for its annual meeting.

Foremost on the agenda of the meeting would be the election of a president that will be the helmsman of the bank for the next five years.

Nigeria’s Akinwumi Adesina, incumbent president of the bank, is seeking re-election and is the sole candidate in the election.

The annual meeting will hold between August 25-27.

On August 27, governors will elect the eight’s president of the bank.

Whistleblower allegations of favoritism had been leveled against Adesina and although he had been cleared by the ethics committee of the bank, the US had requested an independent investigation saying it was not satisfied with the report of the committee.

In a letter signed by Steven Mnuchin, its treasury secretary, the US government said it had ” deep reservations about the integrity of the committee’s process”.

On June 5, Niale Kaba, chairperson of the bureau of the board of governors, said the bureau had agreed to authorize an independent review of the committee’s report in the interest of due process and the “need to carry every governor along in resolving it”.

The independent review panel led by Mary Robinson, former Irish president, announced on June 28 that it agreed with the decision of the ethics committee to clear Adesina of the allegations.