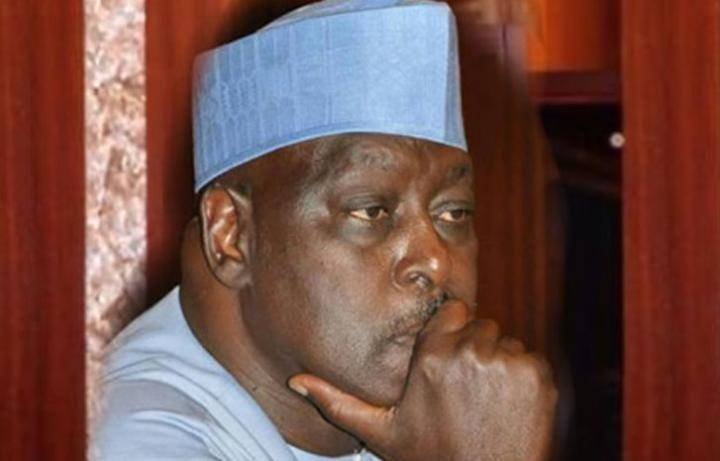 LAGOS – Engr. Babachir Lawal, a former Secretary to the Government of the Federation (SGF), on Sunday said the majority of the ministers in President Muhammadu Buhari’s cabinet do not share his vision of taking Nigeria to the next level.

Speaking in an exclusive in­terview with Daily Independent, Babachir said while the president is a good leader, who means well for the country, many of his appointees, especially the ministers, are only inter­ested in amassing enough money so as to contest for governorship elections in their respective states.

He also accused many senators, who are supposed to be the representatives of their constituents in the National Assembly, of pursuing personal agenda, instead of collaborating with their state governors in bringing developments to their states and advanc­ing the cause of their con­stituents.

“So, the synergy of a senator sitting down with a governor to discuss the issue of development in the North doesn’t exist because already, they are competitors. In the South, governors and legislators are on the same page. When they come to Abuja, they fight for policies and pro­grammes that will benefit their people. In the North, that doesn’t happen. They only wear babanriga and put one kilogram of starch inside and claim big men. That is the truth”.

Babachir, who is from Adamawa State, also said the governor of the state, Ahmadu Fintiri is having no love lost relationship with the three senators in the state, saying the same applies to all the states in the Northern region.

“My governor is not in talking terms with all the senators. Two of them are in his political party but they have not been talking. The other one is APC who is struggling for his seat. So, how can my state move forward? And that is what is happening in all the Northern states”, he said.

On the situation in Southern Kaduna, Baba­chir said the utterances of Governor Nasir El-Rufai of Kaduna State has further worsened the crisis in the area.

The former SGF, who condemned the margin­alisation of Christians in Kaduna and other parts of the North, gave credit to a former governor of the state, Ahmed Makarfi, who, according to him, handled the crisis well during his tenure because he saw the issue from an ethnic and not religious point of view.

“Initially, I think from 1980, most of the problems of Southern Kaduna are ethnic. When Ahmed Ma­karfi became governor, he understood that most of the issues were ethnic than religious and he was able to address it. Roads were being constructed equally in all parts of the state; tra­ditional institutions were strengthened in all parts of the state. Everybody was getting his fair share of the resources that the state has and the matter didn’t get out of hand.

“The problem I see in Ka­duna is that the state gov­ernment led by Governor Nasir El-Rufai is not sen­sitive to the issues. Their utterances simply indicate that they are not sympa­thetic to the issues. Like I saw a write-up by Shehu Sani today, he said when it happened in Zamfara, the government calls it bandit­ry and they sympathized with the affected commu­nities but when it happens in Southern Kaduna, the gov­ernment starts to explain what is happening, rather than calling a spade exactly what it is and sympathizing with the people.

“So, it depends on how the government handles the issue at all levels; from the federal to the state to local government and ward lev­els. I remember when ban­ditry started in Sokoto and they overran a village, the state governor with all his cabinets went there to sym­pathise with the victims. They went with blankets, food items, and other basic things. In some states, they don’t do that; rather than do that, they will even insult the communities that are the victims.

“That is what is happen­ing. Incompetent governors and rulers in the North are responsible. The North is full of incompetent rulers. All they want is to ride in convoys and people are hailing and waving at them. When they come home, peo­ple sit on the mats while they are the only ones sit­ting on a chair because they are governors. They see themselves as Deputy Je­sus. They are not interest­ed in serving the people, all they care about is ruling”, he said.

Babachir who also fault­ed the exclusion of Christians from key political positions in Kaduna State despite their population said the issue may boomerang as future generations may not accept it.

“Why should Kaduna end up with Muslim gov­ernor and Muslim deputy governor? The speaker is Muslim as well as the dep­uty speaker. Two cabinet ministers are also Muslims. There are about six or sev­en local governments in Kaduna that are predomi­nantly Christians.

“Nigeria must look at these issues because the day it will explode, it will surprise everybody. While elders like us are willing to tolerate these things be­cause of peace and harmo­ny, our children may not be able to do so because they can’t accept to be Northerners only during neglect when positions are shared. election periods and suffer

“My own motive is for a peaceful Nigeria in which we are our brother’s keep­er. That is my message to Nigerians because God has blessed me to a stage where I was part of those running the government. So, I have the highest stake in ensuring that Nigeria works than most people be­cause I have liability also. I am one of the people that God will hold accountable if Nigeria doesn’t work.

“Having been a former SGF, I should be worried about the future of the country and that is why I have been talking with passion. The little period I served as SGF will be count­ed among the periods that things were not moving.

“That was the period I couldn’t go to my village because insurgents have overrun my local govern­ment area and I was in Abu­ja in convoy, with security agents clearing the road for me but I couldn’t go home to my village. That makes me an empty vessel. If Boko Haram can overrun my lo­cal government area and then I was part of the top people in government, that makes me an empty vessel. I sincerely hope things will improve”, he said.