2023: Presidency Reacts To CAN Chairman’s Prophecy On Fani-Kayode 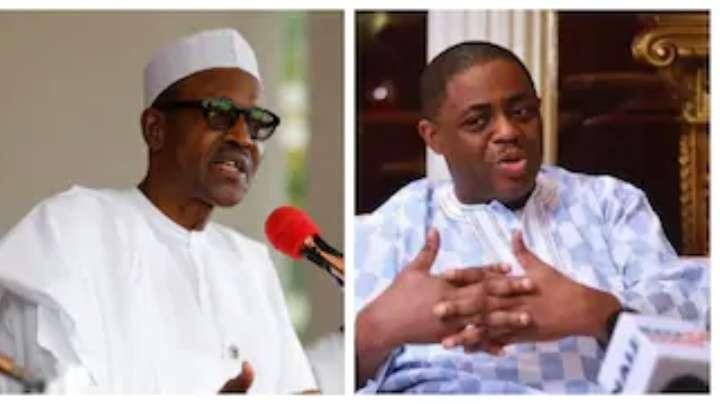 The prophecy from Alex Bamgbola, the chairman of the Lagos state chapter of the Christian Association of Nigeria (CAN), on Femi Fani-Kayode has sparked a lot of reactions in Nigeria.

Bamgbola in a prophetic declaration stated that the former aviation minister will emerge as the country’s leader someday, a prediction which Fani-Kayode took seriously and even went on his knees in an attitude of faith.

However, mixed reactions and comments have trailed this development especially since the former minister recently insulted a Nigerian journalist in an outburst of rage.

Also, the presidency has given its voice to this prophecy and even called into question the spiritual integrity of not just clerics but also religious organizations.

Tolu Ogunlesi, a special assistant to President Muhammadu Buhari on digital and new media, on his Twitter page wondered if CAN is still a Christian body.

In his tweet on Thursday, September 3, Ogunlesi asked: “Is the C in CAN still for “Christian” or have they changed it to something else?”

Apostle Bamgbola made the pronouncement in Lagos on Sunday, August, 30, at the occasion of Bishop Isaac Idahosa’s celebration of 31 years in ministry. Fani-Kayode, swiftly went on his knees to claim the pronouncement.

In a video captured by Legit TV’s Monday Idara, some men of God subsequently joined hands to pray for the controversial politician and former minister of aviation.

He said any law that sought to regulate the affairs of the church is evil, adding that those that made the law were also evil.

Fani-Kayode said: “My position is simple. You cannot regulate the affairs of the church. The church of years has stood for many years; hundreds of thousands of years ever since it was established.”