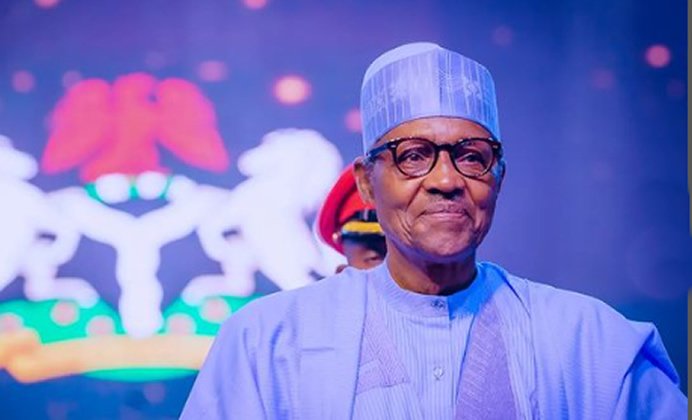 Share FacebookTwitterWhatsAppEmailTelegram
President Muhammadu Buhari has declared open the last Ministerial Performance Review Retreat of his administration, saying high-impact projects have been implemented across the country meeting the yearnings and aspirations of Nigerians.
Addressing the Retreat organised to evaluate the level of progress made in the implementation of the Nine Priority Agenda of his Administration, the president highlighted remarkable progress made in the areas of agriculture, economy, infrastructure, security, health, anti-corruption among others.
He told participants and guests at the retreat including the Keynote Speaker and immediate past President of Kenya, Uhuru Kenyatta, that over 3,800 KM of roads had been constructed across the country.
Buhari revealed that new aircraft were acquired for the Nigerian Air Force to boost the fight against insurgency.
He also added that 38.7 million Nigerians had been fully vaccinated against COVID-19, representing 35 per cent of the total eligible population target for vaccination.
On infrastructure, the President said: “In recognition of the importance of critical infrastructure in economic development and the quest of this Administration to leave a lasting legacy, we have implemented high-impact projects across the length and breadth of the country that meet the yearnings and aspirations of Nigerians.
Related Posts

Jan 27, 2023
”Some of the notable achievements include the completion of 326km Itakpe-Ajaokuta-Warri rail line and railway ancillary facilities; the completion of over 156.5km Lagos-Ibadan standard gauge railway modernization project with extension to Lagos Port, Apapa.
”On road projects, this Administration has constructed 408Km of roads; 2,499Km of SUKUK roads and maintenance of 15,961Km of roads across the Country.
”Key among these projects are the construction of 1.9km 2nd Niger Bridge linking Anambra and Delta States with 10.30km approach road; rehabilitation, construction and expansion of Lagos-Shagamu-Ibadan dual carriageway; the ongoing rehabilitation of Abuja-Kaduna – Zaria – Kano Road, among others.”
While stressing that the Federal Government under his watch has sustained commitment to infrastructural development for the past seven years, Buhari said over 941km of completed SUKUK road projects nationwide had been handed over.
He further disclosed that the federal government had embarked on the reconstruction of 21 selected federal roads totaling 1,804.6km, under the Road Infrastructure Development & Refurbishment Investment Tax Credit Policy.
According to him, the roads, which are funded by the Nigeria National Petroleum Company Limited, are in addition to similar existing collaboration with Messrs Dangote Industries Limited and other corporate organisations to improve the stock of the country’s road infrastructure.
(NAN)
President Muhammadu Buhari
22
Share FacebookTwitterWhatsAppEmailTelegram

Why I Endorsed Tinubu – Lagos CAN Chairman