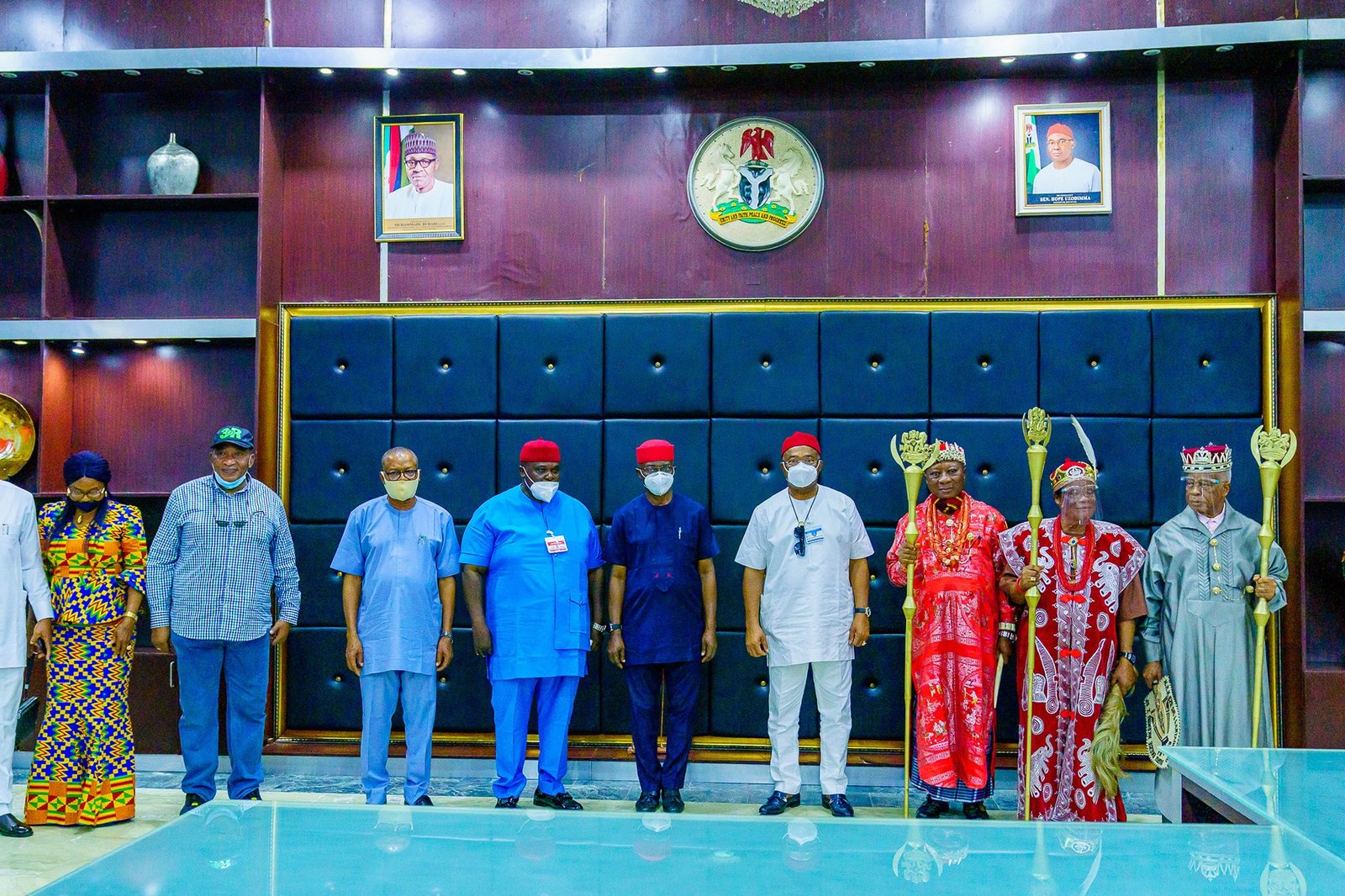 Dec 1, 2022
These Monarchs were recognized and given staff-of-Office after they had gone through all the processes of investigation and screening and were found worthy and most appropriately qualified.
Presenting them with Certificate of Recognition and Staff-of-Office at Government House, Executive Council Chambers Owerri, I, deriving Authority from Traditional Rulers Autonomous Community Law and Allied Matters No.15 of 2016, urged the new traditional rulers to go to their Communities and render selfless and quality services to their people.
I enjoined their subjects to support the monarchs, as their recognition would make the Autonomous Communities stronger and blossom in growth and development.
Democracy is all about the people and every good government will always endeavor to make her people happy, especially by giving the people their genuine demands.
I thank the indigenes of the three Autonomous Communities for painstakingly selecting men of impeccable character and pedigree who are well known to Imo people as their traditional rulers.
On behalf of Imo State Government, I congratulate the traditional rulers on their new position as custodians of culture and tradition in their domain.
Sen. Hope Uzodimma
Governor, Imo State
30
Share FacebookTwitterWhatsAppEmailTelegram