Twist in the Appointment Of NDA Academy Provost 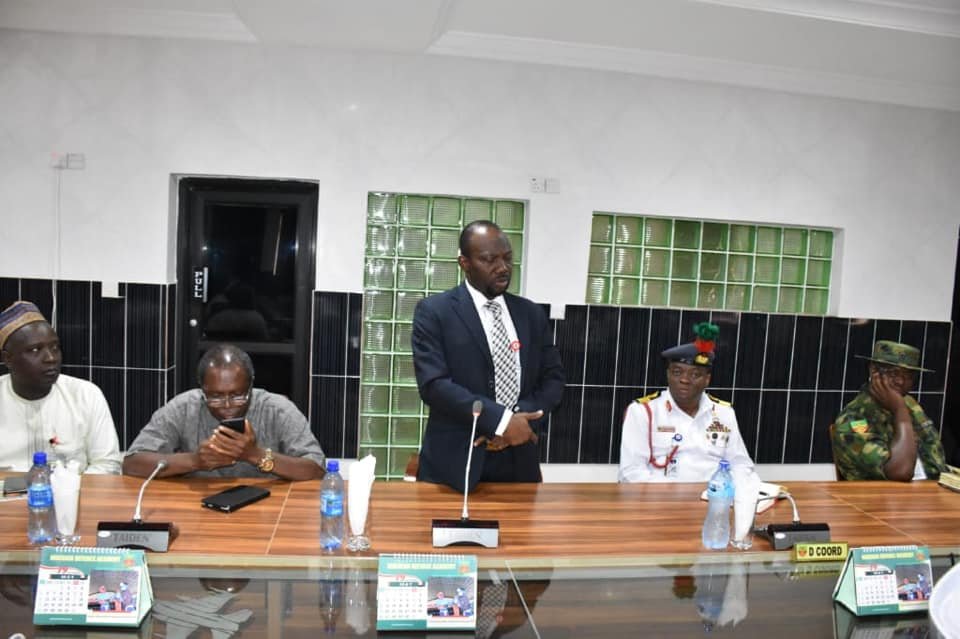 Controversy has trailed the appointment of Academy Provost for the Nigerian Defence Academy NDA by its board headed by the Minister of Defence Major General Bashir Magashi (Rtd).

The information available shows how the Minister of Defence Major General Bashir Salihi Magashi (Rtd) scuttled the legitimate process of appointing a substantial Academy Provost for the Nigerian Defence Academy (NDA) by insisting on the appointment of Professor Isa Garba of the Mechanical Engineering department Bayero University Kano (BUK) despite not participating in the processes for such appointment.

Five Professors with a requisite academic qualification from the academy were invited to submit their curriculum vitae, their case study, mission and vision for consideration to be appointed as Academy Provost of the institution.

After the processes commenced, Professor Nwaedozie was disqualified on grounds of age in which case if appointed he would have attained the age of retirement before the expiration of the tenure.

All the invited Professors commenced the processes which included screening and physical interviews with one Professor Ahmed topping in all of the processes for consideration.

A competent source who will not want his name in print confirmed that the Governing Council of the Academy under the Chairmanship of the Honorable Minister Magashi confirmed the appointment of Professor Ahmed who was the acting Academy Provost awaiting his official letter as substantive.

Then came the twist, when Professor Garba who was not part of the processes from the unset emerged from no way and the same Minister who presided over the governing council meeting that confirmed Professor Ahmed it was gathered ordered that he (Prof. Garba) be interviewed and all of a sudden a letter through the Permanent Secretary of the Ministry of Defence was sent to the academy for him to be confirmed as substantive Academy Provost of the NDA.

According to another source, the sudden decision to appoint Prof. Garba as substantive Academy Provost of the NDA may have come as a directive from the Presidency which many equally doubted.

Meanwhile, sampled opinion of persons working within the Academy is that of mixed feelings, while some viewed it as a corruption of the highest order, others said it was a case of nepotism and wished President Muhammadu Buhari will intervene and put a hold to this injustice and nepotic act by the Minister and also revert to the status quo by ensuring that the man who participated in all the processes and earlier appointed in an acting capacity and confirmed by council awaiting official letter be allowed to serve in a substantive capacity.

Part of the processes also was that and election in which other Professors including Associate professors were asked to select from one of the four candidates and Professor Ahmed was elected and then it was gathered a memo was accordingly sent to the Ministry of Defence for the substantive appointment of Professor Ahmed whom the council had earlier confirmed awaiting official letter.

It was gathered that when Professor Garba was interviewed, he was found unappointable on a number of counts, first that he has not attained the number of years as an academic professor which should not be less than 10 years as a Professor to be so appointed as Academy Provost, and secondly that he lacks the administration capacity and knowledge since he has never been a head of a department, neither has he been a dean or academic director but only served as a sub-Dean in the university and same report was sent to the Ministry.

Meanwhile, towards the end of June 2020, the Academy Council in a meeting Presided by the Honourable Minister of Defence with Service Chiefs and Permanent Secretary of the Ministry met and it was recommended that Professor Ahmed be confirmed as substantive Academy Provost only for the same permanent Secretary sending a letter to the NDA appointing Professor Garba as substantive Academy Provost.

When contacted the Academy public Relation Officer Major Abubakar Abdullahi said the appointment of Provost lies with the NDA board which the Commandant is only a member.

“Appointing Academy Provost (AP) lies with NDA Board which the Commandant is only but a member.  The Board has the final say on who to appoint AP base on his competence, experience and qualification”.

When contacted, the Special Assistant Media to the Minister of Defence Mohammad Abdulkadri declined to comment on the alleged nepotic appointment of the Minister’s kinsman to head the Academy.

He said Prof Garba was interviewed with the other four members though then he was not the Permanent Secretary of the ministry.