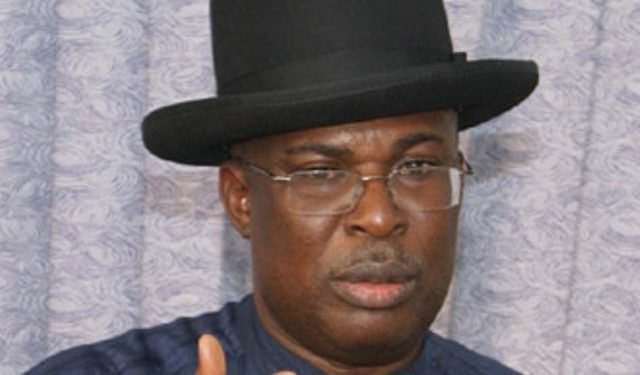 The Minister of State, Petroleum Resources, Chief Timipre Sylva on Thursday said the country will be conserving over a trillion naira annually with the removal of subsidy of the Premium Motor Spirit (PMS).

He also said that plans are rife to roll out autogas as an alternative to fuel by next month, in order to cushion the effect of the increase in the pump price of fuel.

Speaking with some Political Correspondents in Abuja, the Minister of State admitted that though the removal of subsidy may be a bitter pill, he however argued that, “it is a policy direction that is good for the common Nigerians and Nigeria.”

According to the Minister, “it is time for Nigerians to face reality and do the right thing. What is deregulation going to do? It is going to free up a lot more money. At least from the very beginning, it will save us up to a trillion and more every year. Already, we have taken up the budgetary provision for the subsidy which is about N500 billion in the budget.

“We have taken off the excess forex price that special rate that was given to NNPC which also came at a cost. So, all the money that we used to defend the Naira at that time to subsidize the Dollar will now be freed up for development. And, I believe that going forward; we will begin to see a lot more development, a lot more money available to the government that will be put into critical infrastructure instead of being burnt in our cars.”

He also blamed the ineffectiveness of the country’s refineries on subsidy. According to him, “no refinery can operate commercially in Nigeria with a subsidy. If you have a refinery and you refine your product and you are expected to sell it at a subsidized rate, how is the refinery going to make a profit and survive? So, nobody wanted to invest in refineries. And that is one of the reasons why our refineries became unsustainable as well because they were refining and selling at a loss.

“With deregulation, it means that refineries can operate commercially. And then you can see a lot more investment in that sector and it is going to create a lot of opportunities and jobs for our people.”

Berating the critics of the policy, the Minister described those against the policy as insincere and unpatriotic.

“At this moment, let Nigerians not be fooled; there are people who are ready to take advantage of every situation to create anarchy and chaos. It is these people that are at work now. Is anybody saying that this policy direction is wrong? That is the discussion we should be having. If it is a wrong policy direction why has every successive government attempted to do the same thing? Because it is something that is unsustainable. The subsidy is unsustainable.

“Who are the beneficiaries of subsidy? When a few years ago you have this subsidy scam all over the place all the monies that were taken by all the subsidy thieves and so on, how many poor people were among those people? Subsidy only provides an opportunity for rich and unscrupulous Nigerians to steal and enrich themselves at our expense, at your expense. So, deregulation is actually a policy direction that is good for the common Nigerian. It is going to produce a lot of opportunities.”

On moves to cushion the effect of the increase in the pump price of PMS, the Minister said the government will roll out autogas as an alternative to fuel to propel automobiles with effect from next month.

“We are introducing alternative fuel. We are giving autogas. Gas will now become fuel for our cars. This program will be rolled out within the next month. So, if you go to a filling station and you convert your car to dual capability or dual fuel, then you drive into a typical filling station you will find gas LPG, you find CNG and NLG being sold.”