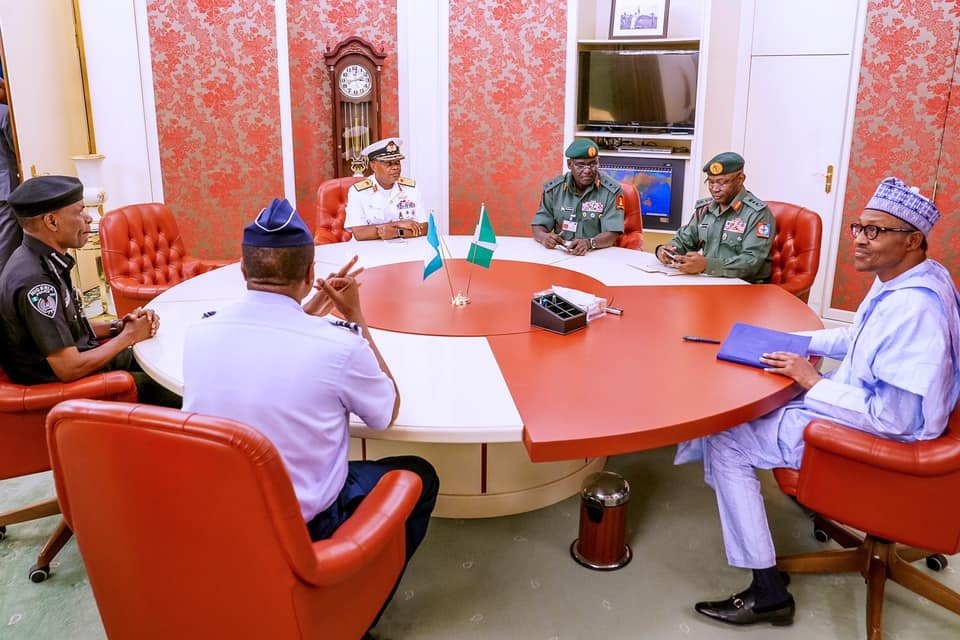 Following the worsening security situation in the country, especially in the Northern flank, President Muhammadu Buhari is currently meeting with Governors of the North East and Security heads at the Council Chamber, Presidential Villa, Abuja.

The meeting which is holding behind closed doors has Vice President Yemi Osinbajo, six of the North East Governors, Secretary to the Government of the Federation, SGF, Boss Mustapha, the National Security Adviser, NSA, Major General Babagana Monguno (retd), and the Chief of Staff, Prof Ibrahim Gambari in attendance.

The meeting which started with the rendition of the national anthem immediately President Buhari arrived at the Chamber, is expected to deliberate on the insurgency in the North East and other security situations confronting the zone.