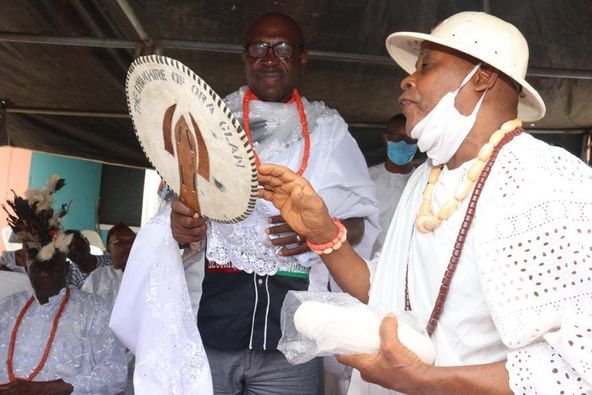 Share FacebookTwitterWhatsAppEmailTelegram
Earlier yesterday, I was given an honorary title as the ‘Oyakhire of Ora clan’ by the Okpojenaga of Ora in recognition of my past achievements in government and my commitment to service.
The Oyakhire title, meaning the ‘one who has come to wipe our tears’, is both a mark of honor and a powerful message of hope.
The past four years have been bad for our people across the state and they are investing their trust in me – and the All Progressives Congress – to wipe away their tears and return the state back on the path of growth and development with a responsible, competent, and humane government. I will not betray their trust.
I will wipe away the tears of farmers who can no longer access their farmlands because of insecurity and are denied access to support funds that they really need.
Related Posts

MY MERCEDES IS BIGGER THAN YOURS