On MKO Abiola’s House Robbery, We have made some Arrest – POLICE 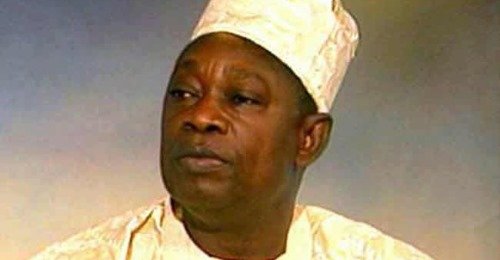 LEADERSHIP gathered that the suspected robbers invaded the Ikeja residence of late MKO Abiola and carted away valuables including hard currencies in the early hours of Wednesday.

It was further gathered that the robbers entered and escaped through the fence into the building.

According to a police source, a 36- year old son of late MKO Abiola, Rasheed, was also arrested based on his attitude towards to the Lagos State commissioner of police, Hakeem Odumosu, and his team when they stormed the place.

The source further revealed that the robbers came into the compound through the tunnel and gained access to the rooms, and at the gunpoint robbed the women and carted away their valuables.

According to a statement issued on behalf of the family, Tundun Abiola, daughter of the late businessman, said the police had been informed of the incident and investigation has commenced.

Narrating the ordeal the family members went through in the hand of the gunmen, she said they subjected the family “to extreme emotional torture and harassment.”

Tundun added that robbers stole cash and other valuable items belonging to the family.

“The hoodlums subjected the family to extreme emotional torture and harassment and stole cash and other valuable items belonging to the family,” the statement read.

She added that the police have since been informed. “The crime is being investigated. We are consoled by the fact that no life was lost in this unfortunate and frightening incident.

“We give glory to almighty Allah and we thank friends and family members across the world who have called, and sent messages of support and solidarity.”

Bala Elkana, the spokesman of the Lagos police command, had earlier said that some suspects have arrested in connection with the incident.