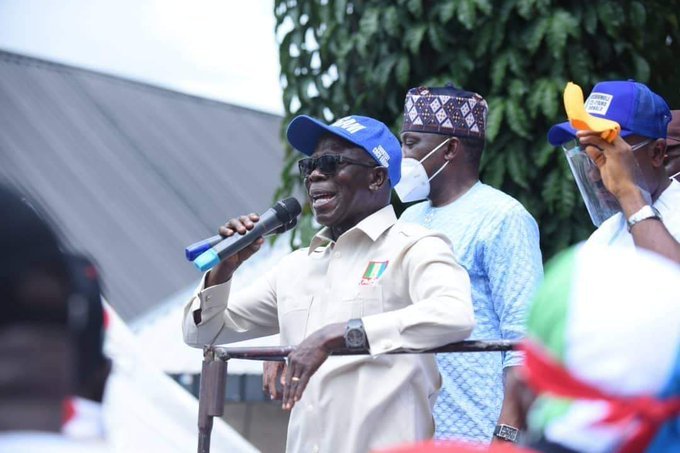 A former member of the Edo House of Assembly, Mr. Paul Odaro, on Tuesday led defectors from the Peoples Democratic Party (PDP) in Uhunmwonde Local Government Council of the state to the All Progressives Congress (APC).

At the APC ward-to-ward rally at Eguaholor, Odaro said their defection was hinged on the alleged unfulfilled electoral promises of Gov. Godwin Obaseki.

Odaro said although Obaseki hails from his council, Obaseki did not carry out any project there.

Comrade Adams Oshiomhole, a former governor decried the neglect of infrastructure and development in the area by the Obaseki administration.

Oshiomhole stated that it was more worrisome that even the water fountain at the King’s Square in front of Oba’s palace could not be maintained by the governor.

He said it was disturbing that the governor was shutting down tertiary institutions and refusing to employ teachers in public schools, thereby denying the people qualitative education.

The former governor, therefore, urged the people of the area to vote for the APC in the Sept. 19 election.

The campaign team also visited Ehor and Eyean communities, also in Uhunmwonde, where it canvassed for votes for its candidate, Pastor Osagie Ize-Iyamu.