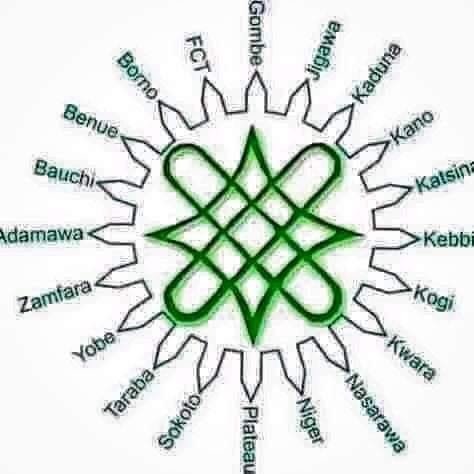 Share FacebookTwitterWhatsAppEmailTelegram
•NBA splits into two as core North forms new faction
•The Nigerian Bar Association, (NBA) may have split into two.
A new faction with the name, New Nigerian Bar Association, (NNBA) emerged on Thursday. It is led by lawyers from the core North
A press release made available to Irohinoodua indicated that the new association will be inaugurated soon.
The statement was signed by two Northern lawyers who are the Conveners, Nuhu Ibrahim, and Abdulbasit Suleiman
The new group said the formation of the new group was informed by the recent developments in the Nigerian Bar Association, (NBA) which was plunged into crisis following the disagreement on the invitation of Kaduna State Governor, Mallam El Rufai as a Guest at the NBA conference.
In its release termed Nigerian Bar Association, (NBA), “peddling
of sectional interests” the group noted that the recent rumblings from the Nigerian Bar Association (NBA) are leaving much to be desired within the ranks of Concerned Lawyers especially from the Northern part of the Country.
The group stated “What has been happening recently has exposed the inability of the NBA to manage and contain the heterogeneity of its members as well as their various interests. Its penal powers have been deployed discriminatively on the basis of ethnicity and regionalism.”
The conveners said “As a body of Lawyers who have undergone training towards ensuring the promotion and protection of Human rights and liberties, the NBA is supposed to live above sentiments, regionalism, and discrimination on any basis and of any kind. Therefore, the NBA cannot afford to be seen not to be upholding the rights and freedom of its own members if at all, it should be seen to be practicing what it preaches. As the Hausa saying goes: *Idan Kura tana magainin zaho, ta yi ma kanta*(If Hyena has a cure for diarrhea let her use it for herself).”
It noted that The New Nigerian Bar Association has been watching the activities of the NBA, an association “we all looked forward to joining with high hopes before being called to the Nigerian Bar, forcing idiosyncrasies of few on the majority of its members especially in recent times.
No wonder, NBA NEC, which is the highest decision-making organ of the Association failed to uphold the fundamental principles of fair hearing which in itself, is the fundamental aspect of Rule of Law, on the allegations against the Executive Governor of Kaduna State, Mallam Nasir Ahmad El-Rufai as were contained in a petition by Chidi Odinkalu Esq a long time foe of His Excellency and a Lawyer of Eastern extraction, but the NBA failed to extend the same treatment to Southern invitees who were also petitioned and are also alleged to have committed similar or more human rights abuses than those alleged against Mallam El-Rufai.”
The NNBA stated “It is pertinent to state that the NBA membership as currently constituted can be termed ” Mandatory Membership Association which, for all intents and purposes, is against the provisions of the Constitution since the grundnorm recognizes freedom of membership of every Association.
Section 40 of the Constitution of Federal Republic of Nigeria,1999 provides as follows:
” Every person shall be entitled to assembly freely and associate with other persons, and in particular he may form or belong to any political party, trade union or any Association for the protection of his interests. ”
The New Nigerian Bar Association members, the group said gleaning from the above Constitutional provision “feel that their interests are no longer taken into consideration in major decisions of the NBA hence the formation of this Association. A cursory chronicle of the membership composition of major organs of the NBA would reveal lopsided representation despite having large numbers of Lawyers from all parts of the Country and especially Northern Nigeria who have diligently paid their Bar practicing fees and have distinguished themselves in the legal profession.”
According to the group, the
New Nigerian Bar Association feels that Lawyers, as professionals like Doctors and Accountants should have more than one Association regulated by the General Council of the Bar.
“The Legal Practitioners Act (LPA) which regulates the legal profession in Nigeria did not establish the NBA. In fact, the NBA was established as an Incorporated Trustee by the Corporate Affairs Commission (CAC). It is no longer gainsaying that a group of Lawyers can freely join any lawful Association for the protection of their rights and interests as Lawyers and citizens of Nigeria pursuant to the above-cited Section 40 of the Constitution.
Even Section 1of the Legal Practitioners Act, which seemingly conscripted all Lawyers in Nigeria to Mandatory Membership of NBA is, for all intents and purposes, at loggerheads with Section 40 of the Constitution which makes the former null and void and of no effect whatsoever,” the group stated.
It argued that the Constitution remains the supreme Law of the land to which all other laws including the LPA are subject.
Section 1(3) of the Constitution states that:
“If any other law is inconsistent with the provision of this Constitution, this Constitution shall prevail, and that other law shall to the extent of the inconsistency be void.”
On the basis of the foregoing, the group argued, some Lawyers of like mind and duly called to the Nigerian Bar have decided to form New Nigerian Bar Association with the aim of protecting their interests as encapsulated under Section 40 of the Constitution”
The NNA said members of the group have commenced consultations with very Senior Lawyers of Northern Nigeria extraction and those practicing therein with the view to constituting the Trustees and for purposes of fixing a date for the formal inauguration of the Association.”
Related Posts