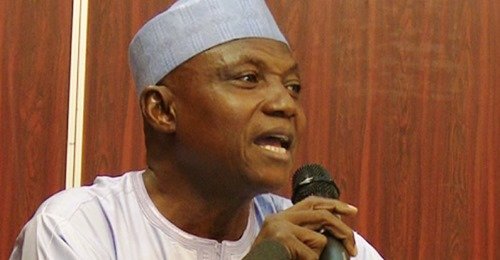 He said the President was particular about the sustenance of the community policing arrangement, hence, the delay with his assent.

Before now, states across the country had clamored for community policing to tackle peculiar security challenges in the localities.

Earlier in the year, six states in the South-West region came together to form a regional security operation code-named Operation Amotekun, which has since been backed by law in the respective states and launched in Ondo State.

The PUNCH had earlier reported that the Federal Government, last week, approved the sum of N13.3bn for the take-off of community policing initiatives across the country.

Shehu, who spoke Tuesday on Channels Television’s Programme, Sunrise Daily, said “The essence of the government funding at this time is to do two or three things: one is to ensure training for those who are to be recruited to join the police service, two (is) to enlighten the public about the functionality of the new system and three is to procure equipment. But above all is the need to streamline the processes embarked upon by the states and the sub-regions.

“As members of the community, we know ourselves better, we know all the nooks, the crannies, we know who is who and so, therefore, it is not difficult for intelligence to be supplied for effective law and order management in the community.”

Responding to a question on why it took the President some time to approve the community policing arrangement clamoured for by some states, Shehu said, “For President Muhammadu Buhari, the concern has always been about the spread and abuse of weapons in the hands of police.

“He said it repeatedly that, look, a lot of the states that had clamoured for state police, many of them are unable to cope with salary payment. If you hire a community policeman and give him a gun, and keep him for five, six months without salary, what do you expect? Efforts have been taken so that situation of this kind does not arise. So, therefore, there is a standard national procedure and prescription for each of the states to comply with.”