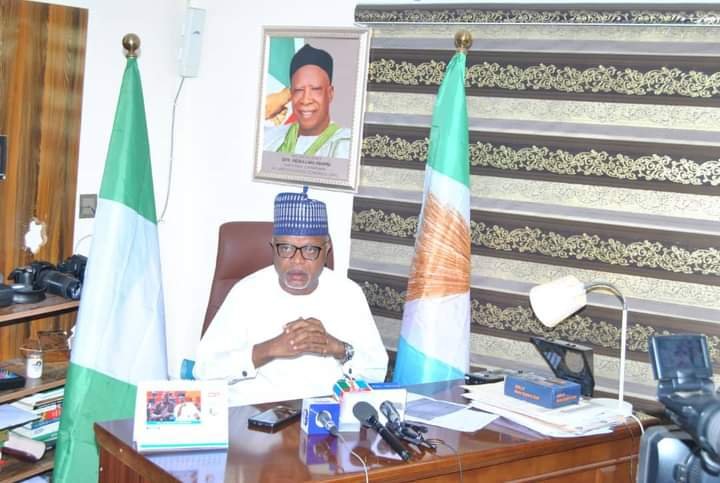 The ruling All Progressives Congress (APC) has in its seven-and-half years in federal office met all the global indices of good governance just as it has delivered on provision of infrastructure and uplifted the quality of life.

Addressing newsmen in Abuja yesterday,APC chieftain and Executive Director 1, Good Governance Campaign project, Grassroots Independent Campaign Council (ICC) for Tinubu/Shettima presidential campaign,Dr Tom Ohikere,said there is a need for the achievements of the administration to be generally appreciated.

Ohikere,who is also Managing Director of APC NewsOnline, revealed that the President Muhammadu Buhari administration has accomplished a lot in virtually all aspects of human endeavour, positively affecting the lives of tens of millions of Nigerians in the process.

According to him,it is imperative to change the current narrative in the electioneering campaign circuit and focus more on what the administration and those of APC State governors had achieved so far To this end,he said, the ICC is collaborating with APC NewsOnline to organize a three-day event which will see the Presidency,APC State governors,APC caucus in the National Assembly, the party’s heavyweights and other stakeholders converge in Abuja soon,to be publicly recognized for their developmental strides.

His words: “The three-day event will practically measure the tangible benefits of the administration in every area of our national economy. “APC philosophy of project continuity will be adequately addressed. It brings together prominent people to address the undisputable issue of the APC impact in the Federal Republic of Nigeria.

“The project offers educational and record -setting opportunities while providing the electorate the opportunities to appreciate the APC-led administration in proper perception.” Dr Ohikere said,for instance,the APC-led Federal Government completed a project in Aladja, which was started in the Second Republic and abandoned by successive federal administrations, as well as similar abandoned projects like the second Niger Bridge, remarking that these milestones are not being showered with deserved publicity.

The event being jointly planned with ICC,he said, will witness a pictorial exhibition of APC federal and state government achievements; presentation of letters of attestation to the Presidency,all APC State governors,Ministers, National Assembly leadership and others; and a public lecture.

APC NewsOnline gathered that APC presidential candidate, Asiwaju Bola Ahmed Tinubu,is expected at the closing ceremony of the event which is themed ‘Triumph of Democracy: the APC Revolution in National Development ‘. Dr Ohikere explained that the theme “seeks to establish the stewardship and impact of the APC-led administration in spite of the challenges the party inherited from previous PDP governments of 16 years.”

Already, several sub-committees have been raised to make the event a success. These include research, publicity, attestation, exhibition and contacts sub-committees. Earlier,on Monday, National Coordinator,ICC,His Excellency Silas Agara,had inaugurated the Good Governance Campaign Committee. Flanked by big wigs of the frontline grassroots campaign group, he said the party had achieved so much for ordinary Nigerians, explaining that ICC is on ground even in the remotest parts of the country to ensure APC wins next month’s presidential election.

I Made a Promise to serve Nigerians, says Buhari

Tinubu running for President not Olympics; vote for his ideas: Shettima