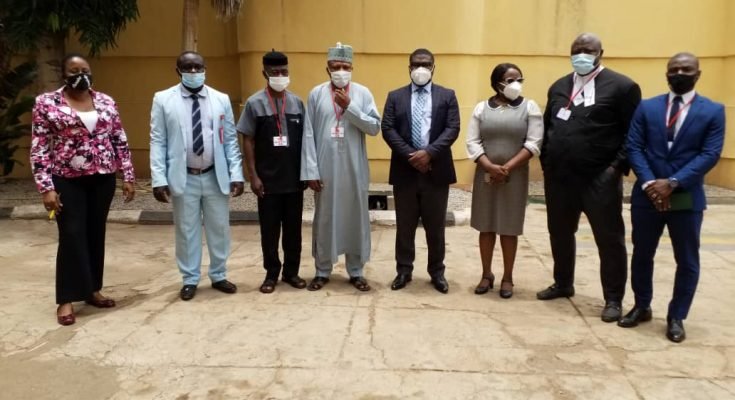 Jawondo made the appeal on Monday 31st of August 2020 when he led the delegation from the State Ministry of Justice on a Courtesy visit to the Ilorin Zonal Office of the Commission. According to him ” we know as a fact that the EFCC is a very delicate institution,  The Commission needs the support of every agency to survive,  the Kwara State Ministry of Justice is on the ground to give you maximum supports,  we have seen the number of convictions and recoveries made in this Office,  we are here to identify with you ”

The Kwara State Attorney General however appealed to the EFCC to assist the State Government in recovering its stolen fund and properties from those who have looted the resources. Responding,  the Ilorin Zonal Head of the EFCC,  Kazeem Oseni who appreciated the delegation says his Office is opened 24/7 to render any lawful assistance for the State Government. Other management teams who received the Attorney General include The Deputy Zonal Head,  Mrs. Atinuke Akinroyeje, Head, Legal and Prosecution,  Mrs. O. B Akinsola, Head of Public Affairs Department,  SDS Gbenga Adewoye among others.

Kaduna govt speaks on Dadiyata, prosecution of Odinkalu, Maikori, others

KDSG upholds the rule of law