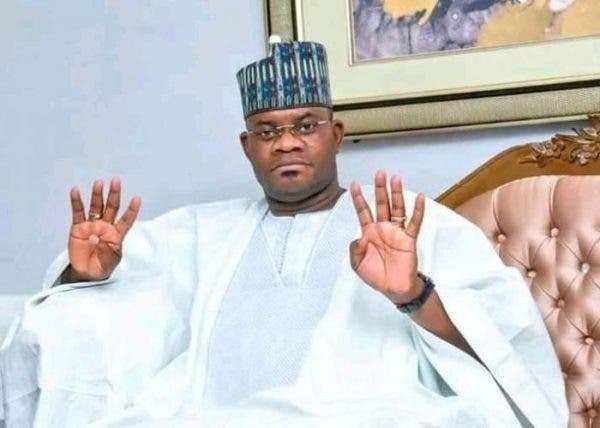 The Supreme Court, on Monday, affirmed the election of Governor Yahaya Bello of Kogi State.

It upheld the earlier judgment of the Abuja Division of the Court of Appeal, which had on July 4, dismissed the case of the PDP and its candidate, and validated the majority decision of the Kogi State Governorship Election Petitions Tribunal that affirmed governor Bello’s election victory.

Though the Chief Justice of Nigeria, CJN, Justice Ibrahim Tanko, led the seven-man panel that heard the case of the appellants, the lead judgment was however prepared by Justice Inyang Okoro and read by Justice Uwani Abba-Aji.

The apex court said it was satisfied that the Court of Appeal neither denied the Appellants fair hearing nor wrongly evaluated their case against the outcome of the Kogi State governorship poll.

“The appellants failed to prove before this court why it should disturb the concurrent findings of the two courts below”, Justice Okoro held in the lead verdict.

The apex court stressed that the Appellants failed to substantiate their case, noting that they adduced evidence with respect to only 24 out of the 729 polling units in the state.

“It is abundantly clear that this appeal is devoid of any scintilla of merit and it is accordingly dismissed”, the court held.

PDP and its candidate had insisted that governor Bello was not validly elected by a majority of lawful votes cast at the election.

In their petition at the tribunal marked EPT/KG/GOV/06/2019, they sought the annulment of governor Bello’s re-election, alleging that he rigged himself back to the office.

The appellants alleged that the election was invalid by reason of widespread electoral malpractices, violence and substantial non-compliance with the Electoral Act.

They prayed the court to nullify the Certificate of Return that was issued to governor Bello by the Independent National Electoral Commission, INEC, and declare that Wada scored the majority of votes cast at the election and fulfilled requirements of section 179(2)(a) and (b) of the Constitution.

Alternatively, the Petitioners prayed for an order directing INEC to conduct the supplementary election in polling units where elections were cancelled, noting that the margin of lead between the 2nd Respondent and the 1st Petitioner, was Less than the registered voters in the cancelled polling units.

They further sought a declaration that the Kogi governorship election that held on November 16, 2019, and the subsequent declaration and return of the 2nd Respondent (Bello), were voided by corrupt practices in breach of the provisions of the Electoral Act, 2010 (As amended), which substantially affected the results of the election.

In their further alternative prayer, the appellants urged the court to order a fresh election in Kogi State.

However, in its judgment, the Supreme Court, held that allegations of corruption the Appellants raised against the election were criminal in nature, and therefore ought to have been proved beyond a reasonable doubt.

PMB is liberal to the opposition, unlike OBJ and GEJ