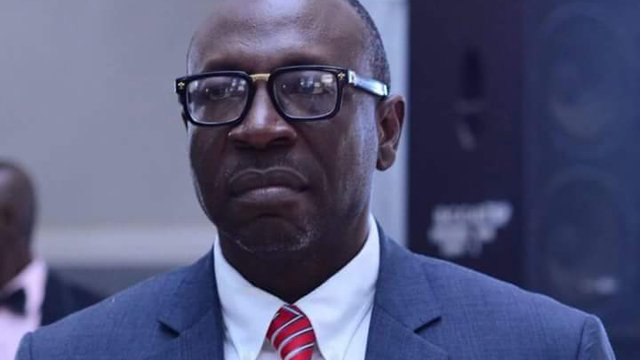 The APC candidate in the forthcoming governorship election, Pastor Osagie Ize-Iyamu, has promised to “modernize, scale-up and enhance the capacity of the State Fire Service to respond effectively to critical incidents in the cities within 30 minutes of a call.

Besides, he promised to provide every major market in the state with a fire service unit which will be branches of the State Fire Service.

Pastor Ize-Iyamu made the pledge while speaking to newsmen about the infrastructural development and urban renewal plan of his manifesto, the ‘Simple agenda’ at Ekosodin, near Benin City.

“The Uwelu Spare Parts market, Oliha market, Santana market, Osa market, and the Urhokpota fire disasters all within 8 months have exposed the terrible state of our fire service”, he said.

According to the APC candidate, apart from the new fire service units, dedicated water reservoirs for the refill of tanks of the fire service trucks will also be provided at some locations.

On how this move will impact on the state, he said the policies would help to create over 3,000 additional new jobs and safeguard 5,000 existing jobs in the sector.

In a related development, Pastor Ize-Iyamu disclosed details of his Housing policy assuring that the ‘SIMPLE agenda’ will encourage the Public-Private-Partnership initiative in the provision of decent housing units for people in the state.

He said after he is sworn in as governor, the government will supply quality housing through a policy for social housing for the poor and the vulnerable, develop affordable houses for workers in the state, and pursue “access to affordable mortgages at single-digit interest rates”, for citizens.