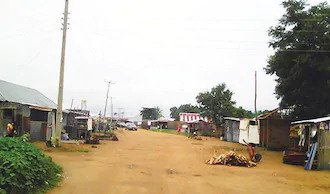 No fewer than 20 residents have been abducted by some suspected gunmen in Tunga Maji, a suburb of Abuja early Thursday morning, September 10.

Although the figure could not be immediately confirmed, Premium Times reports that a resident noted that after prolonged shooting in the community that lies near Zuba at least 20 people were kidnapped.

Anjugur Manzah, the police spokesperson for the Federal Capital Territory, speaking to the news publication said he was working on a statement on the attack.

He, however, did not comment on the number of residents kidnapped, or casualties recorded from the attack.

A resident who pleaded anonymity said at about 12.15 a.m heavy shooting began in the community. The source while noting that the shooting lasted more than an hour, said members of the local vigilante group were overwhelmed.

“We didn’t sleep throughout the night. It’s this morning that the vigilantes told us about 20 people were abducted,” he said.

According to eyewitnesses, at about 7 pm on Wednesday, September 2, the gunmen stormed the community and went on to attack a bank at Kagara in Rafi local government area.

It was gathered that the unknown gunmen for several hours laid ambush on the community before unleashing mayhem, killing mostly members of the community’s local vigilante group who tried to combat them.

A resident of Dukku said that the bandits with sophisticated weapons, numbering over 120 stormed the community on bikes.

Similarly, some students of Prince Academy in Chikun local government area of Kaduna state were abducted.

The students who were preparing for their examination were abducted on Monday, August 24.

The gunmen were said to have first raided houses in the Damba-Kasaya community in Chikun LGA before heading to the school.

A resident of the community, Bawa Wakili, said the gunmen came “in a large number like they always do” and were shooting sporadically throughout the operation.

Buhari should put an end to banditry, unrest in Zamfara.