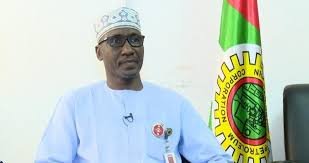 The Group Managing Director of the Nigerian National Petroleum Corporation, Mele Kyari, has said only the regime of the President, Major General Muhammadu Buhari (retd.), has the wherewithal to remove fuel subsidy.

He also said the removal of subsidy on premium motor spirit also known as petrol would benefit the poor than the elite.

The PUNCH had earlier reported that the Federal Government on Monday said despite the recent increase in the price of petrol to N162 per litre, the price of the commodity in Nigeria remained among the cheapest in Africa.

The increases in fuel price and electricity tariff have sparked the outrage of late with the Trade Union Congress and other civil society organisations and labour unions holding nationwide protests across the country since Monday.

The Petroleum Products Pricing Regulatory Agency also said Tuesday that it was no longer going to be releasing guiding price bands for the sale of petrol at filling stations, adding that with this, the downstream arm of the oil and gas sector had been fully deregulated.

Speaking Wednesday on Channels Television’s Politics Today, the NNPC boss said petroleum subsidy has been an issue in the country for over two decades but the government could no longer afford it because of the economic crunch caused by the coronavirus pandemic.

“And not only that, every corruption that you are aware of in the downstream industry is one way or the other connected to fuel subsidy,” Kyari added.

Continuing, he said, “It is very understandable for people to be angry that the price of fuel has gone up because it affects the prices of every other commodity. But when prices go up, the other natural thing that must happen is that your income needs to increase so that you are able to procure the things that are now delivered at higher prices.

“You can’t do this anywhere in the world if there is no productivity and there will be no productivity except there is growth in infrastructural development, industries are able to work and therefore, there is a connection between production and consumption.

“It takes courage to make this decision, I can share this with you. Only a Buhari regime can make this decision; the reason is very very simple, people will not appreciate the lost opportunities in a situation where you spend enormous resources – N10trn in the last eight to nine years, all trying to service that.

“The subsidy is an elitist thing and I can share that with you. It is only the elite who will have three, five cars in their houses, fill the tanks and also feel comfortable doing this.

“The ordinary man is not the beneficiary. First, he loses in infrastructure, hospitals are not built, schools are not built and ultimately the brunt of the corruption in the downstream sector will be transferred to them.

“So, the outburst is understandable because the populace is not aware of the benefits involved.”

The NNPC GMD said the corporation made the computation for the new price of petrol at the rate of N390 per dollar, noting that oil marketers would soon have access to FOREX.

He added that the removal of subsidy would lead to “colossal” activities in the downstream which, according to him, will be beneficial to the masses.

Why we deliberately shutdown all 4 refineries…NNPC GMD