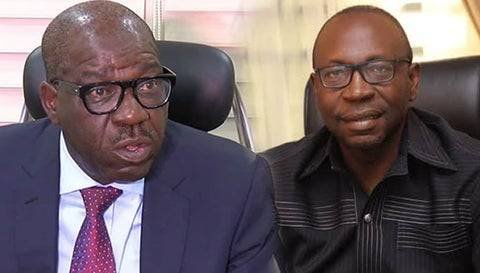 The popular Oliha Market in Benin City, Edo State, was thrown into confusion on Wednesday as thugs invaded the market and chased away both traders and customers.

The thugs are alleged to be loyal to the state government and Peoples Democratic Party.

They are said to have barred anyone from selling goods in the market, according to some traders, who spoke with SaharaReporters

The people claimed the thugs were infuriated because a trader in the market was seen with Adams Oshiomhole of the All Progressives Congress.

“I was asked to send a woman away from the market because she was seen with Oshiomhole during the campaign.

“They then said I should mobilize traders to follow Obaseki to PDP and vote for him but I told them that everybody had the choice to vote for whoever they want.

“Suddenly today, over 10 PDP thugs in the area came into the market and started shooting sporadically.

“Everybody had to run for their lives. As it is now, nobody has been able to return to the market,” Chief Sunny Erahengbo, Chief Security Officer of the market, narrated to SaharaReporters.

He added that the thugs were escorted by some police operatives.

He urged the state police command to ensure the safety of residents in the community.

“The Commissioner of Police should please do the needful and secure our lives and our traders.

“The police should take action before things turn around and people are being killed,” Erahengbo added.

NEWSBiafra: Orji Kalu under fire for boasting he can bring back Nnamdi Kanu from UK

In the face of crisis, female farmers grow in Nigeria