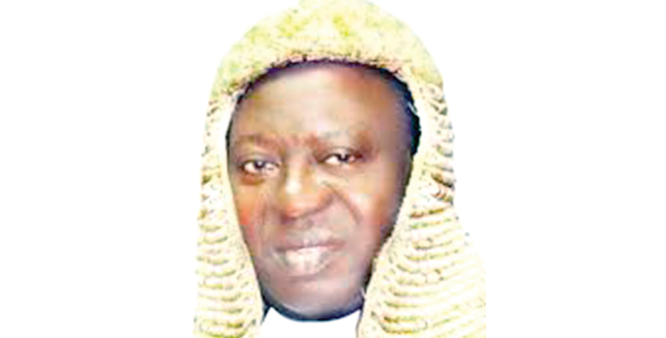 Seven men have been arraigned before an Ikeja Special Offences Court, Lagos for allegedly hacking into the computer database of First City Monument Bank (FCMB) and transferring over N900m of its customers’ funds into an unknown account.

The seven accused persons, according to Economic and Financial Crimes Commission (EFCC) are GideonOluwatimileyin, AbiodunAina, Samuel Adenitiri, Oluwasegu Daliu, Olaitan Ajibola Sheu, Moyosore Suleiman and Adeyinka Akinjin. They were arraigned by the Economic and Financial Crimes Commission, EFCC on a two-count charge of conspiracy to defraud and unauthorized access to FCMB’s computer materials and software.

The EFCC’slawyer, BenedictChimaBenneth, told thecourtthatthedefendantsallegedlycommittedthe offence on 10th March, 2018inLagos. According to Benneth, the offence contravened Sections 325, 388 of the Law if Lagos State, No.11, Vol.44, 2015.

All the accused persons alongside Osita Martins, Daramola Samuel Akanji and others still being sought, did steal by authorized transfers and withdrawals from various FCMB points nationwide of the sum of N900 million, property of the owners of and various customers of FCMB from their account to various accounts outside the bank via POS and ATM.

Benneth said: “The defendants also conspired to defraud FCMB by gaining unauthorized access and alteration of its data program that enabled the transfer and withdrawal from FCMB accounts to various other banks accounts via POS & ATM.

“The defendants did effect unauthorized modifications, alterations, and adjustment of the bank computer data program by increasing the transaction withdrawal limits and transaction counts of thevictim, customers’accountsasprogrammedby the bank, that enabled you make withdrawals and transfers from various FCMB points nationwide.

“The seven defendants also did gain access and link to the debit card platform and profile of FCMB through the profile of a contact center staff and viewed without authorization, the account balances of various victims, customers of the bank that enabled you make withdrawals and transfers from various FCMB points nationwide, of the sum of N900, 775, 757 property of depositors and various customers of FCMB.”

The accused persons, however, pleaded not guilty to the count charges. Justice Oluwatoyin Taiwo thereafter granted bail to the 1st, 2nd and 3rd accused persons following a bail application from their lawyers, Mr. M. Oluwadirun and Olusola Olaleye. Justice Taiwo granted the trio a-N20 million bail bond with two sureties in like sum.

Besides, the judge ordered that the sureties must show proof of tax payment within the last three years and one of the sureties must be a land owner within Lagos state. The judge thereafter adjourned the matter till 16 September, 2020 for trial.

PREPARE NOW: THE DOLLAR’S CRASH IS ONLY JUST BEGINNING