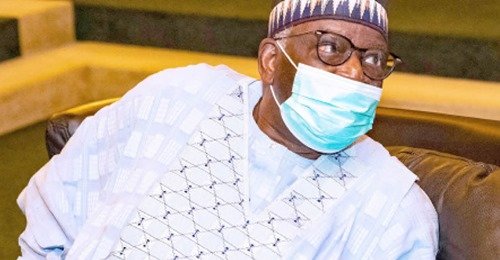 The Presidency, on Sunday, said the Chief of Staff to the President, Prof. Ibrahim Gambari, will not compromise the wishes of the people, contrary to some ‘sentiments’ being bandied around on a recent video clip.

The PDP had addressed several press briefings over the video clip, which showed the Chief of Staff to the President, chatting along a walkway in the State House with former Chairman of the ruling All Progressives Congress (APC), Comrade Adams Oshiomhole.

A presidency source, who spoke with State House reporters on condition of anonymity, said the decision of the PDP, as well as many commentators to pick out a part where the word ‘arrest’ was mentioned and impute many interpretations to it, was a complete waste of time.

The source was reacting to the recent call by the PDP to the United Nation (UN), the European Union (EU) and other international bodies to place visa restriction on Gambari, Oshiomhole, and other individuals as punishment for allegedly plotting to truncate democracy and good governance in Nigeria despite the Presidency’s clarification and assurances by President Muhammadu Buhari and the Independent National Electoral Commission (INEC) to ensure a free and fair election in Edo State.

But the Presidency source said the Chief of Staff was only doing his job of leading the former APC national chairman to meet with the president, adding that the many efforts so far put into discrediting Gambari had continued to fail in the face of his solid credibility as Oshiomhole had repeated what he said in the video at a press briefing after meeting with the president.

Oshiomhole had, while briefing State House reporters after meeting with President Buhari, said he came to plead with the president to ensure security for the upcoming Edo State governorship election, citing threats of violence by the opposition.

I Am More Concerned With Nigerian Challenges Than 2023 – Dogara