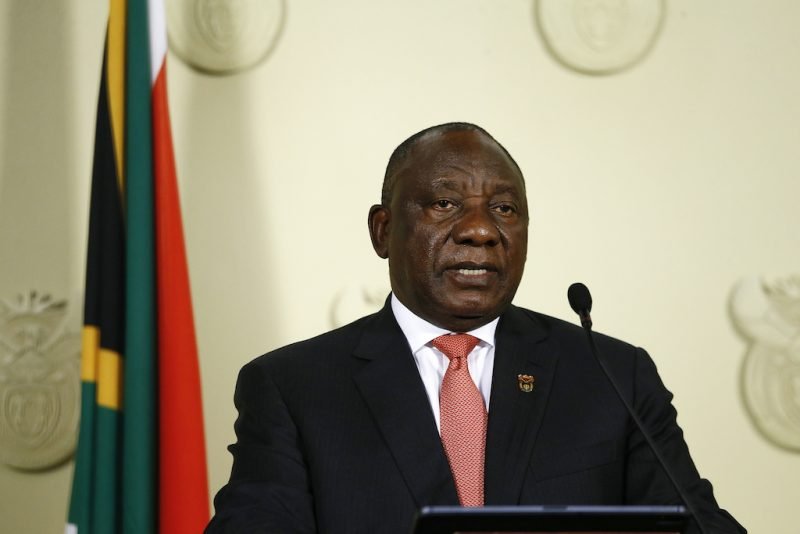 The COVID-19 pandemic has seen South Africa’s economy contract by 51 percent, its biggest slump in decades, according to the national statistics office ‘Stats SA’ for the second quarter of 2020.

“South Africa’s economy suffered a significant contraction during April, May, and June when the country operated under widespread lockdown restrictions in response to COVID-19,’’ statistics office said in a report released on Tuesday.

“The punch in the gut was severe.

“Perhaps the second quarter of 2020 will become known as the pandemic quarter,’’ it added.

The Gross Domestic Product (GDP) fell by just more than 16 percent between the first and second quarters of 2020, giving an annualized growth rate of minus 51 percent.

An annualized growth rate shows what growth would be over a full year if the quarterly growth rate were to occur four times in succession.

Nearly all industries experienced a massive drop in output in the second quarter of 2020, the department said, with construction the worst-hit.

South Africa put in place one of the world’s harshest lockdowns in March, with measures only partially easing recently.

A ban on commercial flights affected the transport and tourism sector, Tuesday’s report said, while a ban on alcohol and cigarette sales also had a heavy impact on the economy.

Agriculture was the only industry that was relatively unscathed, the department said, noting that “the baking craze that gripped the country during the lockdown increased the demand for a home cooking product

South Africa, with its high unemployment and huge levels of social inequality, has been struggling for years with structural economic problems and unreliable electricity supply.

How To Mitigate Drop In Oil Prices – Kachukwu