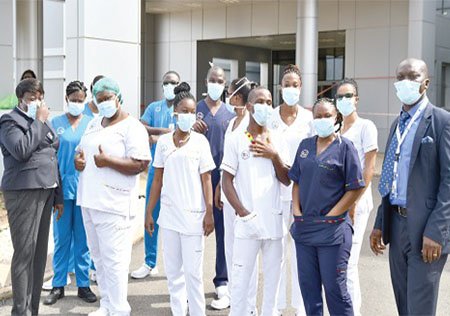 Eniayewun said at a training workshop on Wednesday in Lagos that being acquainted with the procedure was necessary to curb the sudden death of patients experiencing spasms of cardiac arrest.

The News Agency of Nigeria (NAN) reports that the training, focusing on basic life support techniques, was attended by 500 health personnel across the state.

It is holding at the Island Maternity Hospital in Lagos.

The PS described the cardiac arrest as an unexpected loss of heart functioning, breathing, and consciousness, often resulting from an electrical disturbance of the heart.

He added that if not medically check, the ailment could result in death.

“As first responders, it is pertinent to be well acquainted with life-saving techniques to curb cardiac arrest episodes snuffling lives out of patients.

“Some patients featured sometimes without apparent indications, but with underlying health challenges.

“There is ample need for extensive acquaintance on BLS technique, through constant appraisal to ensure it is active, such that it could be deployed as often as possible when required to avoid untimely death of victims.

“All healthcare providers should imbibe this knowledge as a habit, irreverent of cadre, whether healthcare attendant or clinical staff to set off a pace of preserving victims’ lives until help arrives,’’ Eniayewun said.

The Permanent Secretary noted that associated illness in the society, often prompt cardiac arrest experiences, which could be salvaged from a deteriorating state if help on BLS were sought.

He urged participants to cascade the knowledge acquired from the training at their various hospitals.

Also, Dr. Shola Pitan, Deputy Director, Directorate of Medical Services of the commission said the initiative was part of moves at improving the capacity of the trainees to tend the increasing healthcare standard of patients.

“There is a need to improve the capacity of healthcare providers to tend to the growing medical demands of the ailing public.

“This program schemed under American Heart Certified (AHC) standard, tentatively valued less than two years of validation, which will be reviewed thereafter.

“So, standard precautionary measures are observed closely without fear of cross-transmission,’’ he said.

NAN reports that the five-day training ends on Friday.