Buni has demonstrated uncommon political will in all sectors 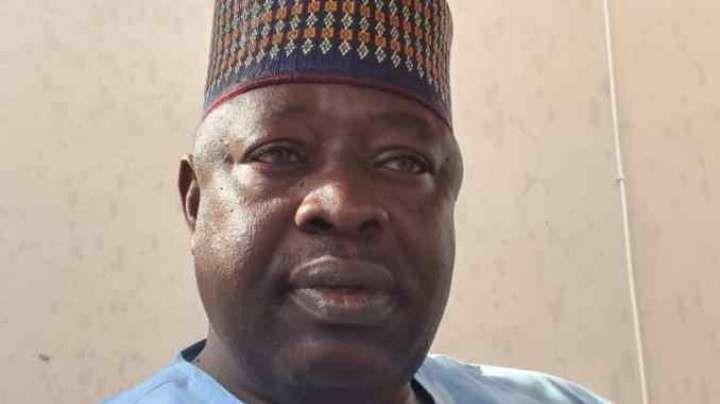 Mamman Mohammed is the director general, media and press affairs to Gov Mai Mala Buni of Yobe state. In this interview with BUBA M MUSA, he says the governor has shown uncommon commitment in every sector.

Yobe state with over 70 per cent population depends solely on agriculture. What is the state government doing to improve agriculture?

Yes, like you rightly observed, over 70 per cent of the state population are farmers. This explains why the state government under His Excellency, Governor Mai Mala Buni placed agriculture on the priority list of his administration with deliberate measures to develop the sector from the age long subsistence farming to medium scale and commercial agriculture. You will recall that shortly after inauguration, the state government organised the first-ever summit on agriculture drawing agricultural experts, scholars, successful farmers and the governors of Kebbi and Jigawa states to share their experiences.

The essence of this was to draw strategic road map and action plan for the state, taking into cognisance the peculiarities and potentials of the state. That summit produced a technical committee under the chairmanship Professor Abba Gambo. The committee submitted short, medium and long term recommendations to the state government. I am glad to state that government had in the last two seasons adhered to the recommendations which includes timely provision of farm inputs. Suffice it to say that the state government has provided 103 brand new Massey Ferguson tractors and 7,500 metric tonnes of fertilizer at affordable subsidized rates at the beginning of the season. The government has also provided improved seedlings, herbicides and pesticides to make agriculture affordable, attractive and profitable.

This is in addition to the 2,000 hectares of land prepared and donated to young farmers under the youth empowerment programme. Under this programme, the beneficiaries were supported with farmlands, tractor services, seeds, fertilisers and other inputs. Government is also working on providing a ready- market to buy off farmers’ harvests at the end of the season for its strategic grain reserve programme at reasonable costs. Similarly, government is supporting irrigation farming on the wetlands across the state to complement agriculture which is usually affected by unpredictable pattern of rainfall, soil degradation arising from the effects of desertification and the global threat to climate change. It is encouraging that having introduced these initiatives by the state government, there is an unprecedented increase in agricultural activities especially in rice, sesame seeds, sorghum, millet and groundnuts production, among others.

Gov Mai Mala Buni declared state of emergency on education in order to revitalise the sector. He also gave a lion share of the 2020 budget to the sector. What does that implies?

The essence of the declaration of state of emergency on primary and basic education by His Excellency was to give education a very sound and qualitative foundation at the primary and basic stages. As an educationally- disadvantaged state whose situation was compounded by the protracted Boko Haram insurgency, you must have a deliberate and strategic approach to salvage the situation. Like in agriculture, the state government organised a summit on education, assembling experienced educationists, administrators, erudite scholars, primary school headmasters and secondary school principals, among others. A committee under the chairmanship of the vice-chancellor, Yobe  State University,  Professor Malah Daura, visited 1,430 schools collating data. The committee came up with a report suggesting recommendations to improve primary and basic education in the state.

The committee’s report on the short term remedy centered on the provision of conducive learning and teaching environment, recruitment of adequate and qualified teachers, provision of books and other instructional materials, among others. I am glad to inform you that one year after assumption of office, the governor has exhibited uncommon political will to the sector. So far, seven model schools of 30 classrooms each, were constructed and equipped in Damaturu, Gashua, Potiskum, Geidam, Buni Yadi and Nguru to decongest overcrowded schools. There are plans to establish three to four more of these mega schools in each local government area to solve the problem of congestion in schools.

Over 200 classroom blocks, 42 offices and stores, as well as 33 units of two-bedrooms and 75 units of three-bedrooms staff quarters, have been constructed and rehabilitated.

Similarly, 13 schools were fenced and provided with barb wires to enhance security in the schools. 17 boreholes were drilled in schools while 14,317 classroom furniture and 619 units of teachers’ furniture were procured and distributed to schools across the state. Over 3,000 teachers have been trained to boost the manpower and 10,000 who suffered stagnation over the years have been promoted to rekindle their morale and remain committed to their work. The project was supported with provision of about 15,000 classrooms and staff furniture, just as instructional materials were also made available to build a strong and virile foundation to education in the state.

It is said that health is wealth. What is the government of the Mai Mala Buni doing to ensure universal health coverage in the state?

This is one sector that is very dear to the heart of the governor. From the inaugural address, he pledged to construct one functional primary health centre in each of the 178 political wards across the state with a well-equipped laboratory, pharmacy, labour room, admission wards for both male and female, qualified medical doctors, nurses and, housing accommodation for the personnel to be on duty on a 24 hour basis. This, he believes would make healthcare delivery more accessible and affordable at the grassroots without necessarily overstretching the secondary and tertiary health institutions. I am proud to tell you that one year into office, 53 out of the proposed 178 centres have been completed. The state government has procured 28 tricycle ambulances to transport sick persons and expectant mothers in the rural communities to access nearest healthcare facilities just as government has also reconstructed General hospital Buni Yadi destroyed by Boko Haram in 2015. The Buni administration has introduced contributory healthcare scheme for state and local government workers to access effective healthcare services.

Similarly, a N1.5 billion Maternal, New-born and Child Health complex is being constructed at the state university teaching hospital Damaturu to curb child and maternal mortality.

Yobe state is second to Borno in terms of Boko haram attacks. What are the special interventions to cushion the effect on the internally displaced persons?

The sad experience of the Boko Haram insurgency has had devastating impact on individuals and government. Many people were killed, thousands were displaced, individual and public structures destroyed and people lost their means of livelihood. Initially, government was preoccupied with humanitarian interventions by providing displaced persons with basic needs like food, shelter, clothing and sanitation, among others. IDP camps were established while others stayed with their relations in the communities. As the situation improves, the IDPs relocated to their communities and the camps were closed down. As we speak now, there is no single government established IDP camp in Yobe state. The Buni administration however found it expedient for government to reconstruct and rehabilitate the communities for the people to reclaim their socio-economic lives. This led to the establishment of the Ministry of Humanitarian Affairs specifically to support the resettlement of displaced persons. We also have the State Emergency Management Agency (SEMA),  the North East Development Commission (NESC) synergising and providing various assistance to displaced persons and other vulnerable persons. Government is also reconstructing schools, hospitals, markets and other public structures for resettlement of the displaced communities.

There was a unanimous decision by northern governors not to repatriate almajirai during the Covid-19 pandemic. What is the position of Yobe state government?

Let me specifically talk about Yobe state. If you would recall, some states at the peak of the Covid-19 pandemic, started the repatriation of almajirai from their states of residence to their states of origin. We have personally received some from Gombe, Kano, Nassarawa and Adamawa states; however, our governor said Yobe would not repatriate any almajiri; rather, the state has initiated a new programme that would accommodate the almajiri system of education.

As the governor’s spokesman, what challenges do you you face especially with the practising journalists in the state?

Let me quickly remind you that l came from that constituency. I belong to the correspondents’ chapel and of course, the state council of NUJ. I can tell you categorically without any fear of contradiction that there is no challenge whatsoever. We have been open and accessible to ourselves and that makes the relationship cute and understanding. Secondly, before l came on board, l knew exactly the problems confronting journalists in the state. I want to inform you that we are all building a robust partnership as well as our personal relationships. I can call on my colleagues at any time and they can also get across to me at any time. This, we have been doing and are currently building on it. Most importantly, we have a media-friendly governor who is always accessible.