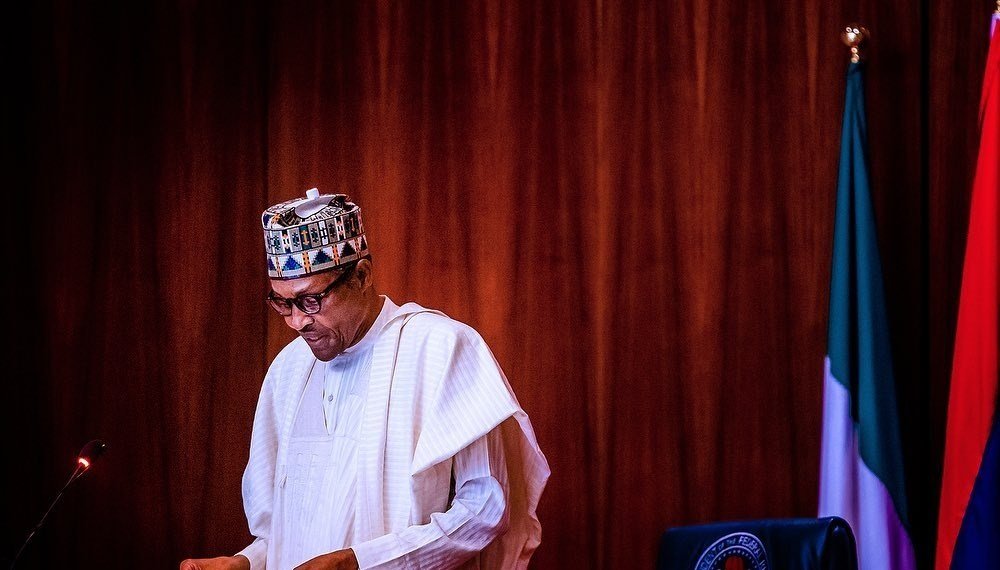 President Muhammadu Buhari is currently in a meeting with members of the National Food Security Council (NFSC) in the Council Chambers of the State House, Abuja.

The meeting, which is being attended by six out of the seven governor-members, also has ministers and other senior government functionaries in attendance.

Although the Chairman of the Council, Vice President Yemi Osinbajo (SAN), is not attending the meeting, as he is chairing another meeting within the State House, the Secretary to the Government of the Federation (SGF), Mr. Boss Mustapha, and the National Security Adviser (NSA), Major General Babagana Monguno (Rtd) are in attendance.

Governors at the event include Alhaji Atiku Bagudu of Kebbi State, who is also the Vice-Chairman of the Council; Mr. Babajide Sanwo-Olu of Lagos; Alhaja Mohammed Badaru Abubakar of Jigawa; Simon Lalong of Plateau; Darius Ishaku of Taraba; and Dave Umahi of Ebonyi.

Meanwhile, delivering an opening remark at the Council’s meeting, Chief of Staff to the President, Professor Gambari, observed that the general concerns over rising prices of food grains had been allayed by operators of the markets, who had informed the Council that the prices are declining already.

According to him, the most prevailing concern among the market leaders is the need for better coordination, synergy, and cooperation across the sector, the lack of which that had claimed were responsible for the widespread misinformation and nationwide speculation.

“Yesterday, my office as the secretariat National Food Security Council, met with the all agricultural commodity association, to ascertain the root causes of the recent spike in food prices and craft mitigating strategies to what could be a potential crisis.

“Although various concerns were raised of the root cause of an increase in commodity cost, we have been informed that prices are actually on the decline as new grains have been introduced to the market.

“For example, new maize which was previously sold for N25,000 per bag is now being sold between N12,000 and N17,000 and it’s expected to fall between N7,000 and N8,000 per bag by November 2020, according to the various leaders of agricultural commodity association. The price decline has also been experienced in millet, beans, and sorghum. The hike, therefore, is to be seen as a transient situation.

“With Mr. President being among us, as somebody who knows about farming and agriculture, perhaps more than many of us in the room, we believe his presence is very instructive in addressing not just this hike and transient nature and pricing of foodstuff, but also to underscore the importance he personally and as Mr. President and his administration attaches to the issue of national food security.

“However, it is important to note that the most prevailing concern of the various leaders of the agricultural commodity association was their demand that there should be better coordination, synergy, and cooperation across the sector, this has largely accounted for the gross misinformation and nationwide speculation which is being experienced.

“Not disregarding the impact of other value triggers such as the cyclical-off season period phenomenon, the COVID-19 pandemic, and infrastructure challenges, the importance of collaboration can still not be overemphasized.

“As I welcome all participants to this crucial gathering, I urge that we all work hand in hand to ensure the protection of our nation’s food basket. Agriculture is a major priority for this administration and the crucial driver for the development of the nation.

“Therefore, the growth of the sector leaves no room for complacency and there is still a long arduous road to go before achieving those goals. However with determination, coordination, and hard work, we have the capacity and will therefore demonstrate the wherewithal to our exceed our expectation,” he said.