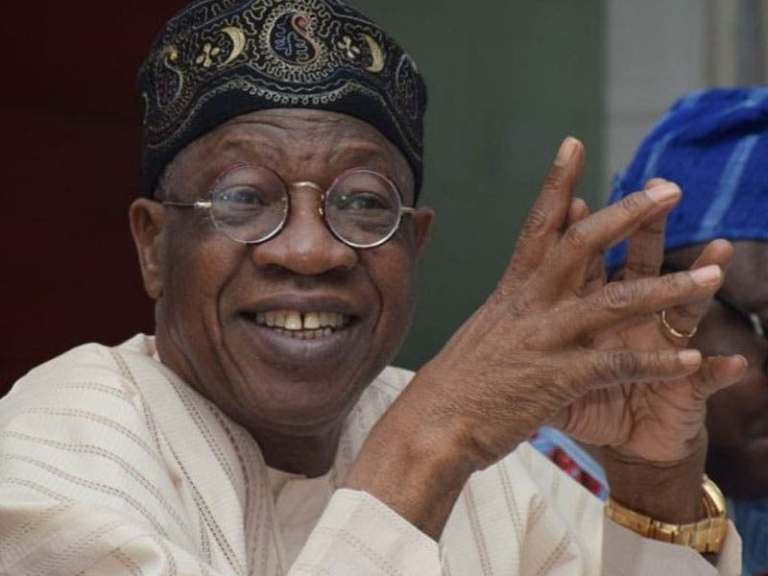 Abuja—THE National Broadcasting Commission, NBC, has handed down a N5million fine on Lagos-based radio station, Nigeria Info 99.3Fm, over what it called professional misconduct. In a press statement by the management, which was circulated by Director,  Public Affairs, Ekanem Antia, the commission said it sanctioned the radio station for violating the Nigeria Broadcasting Code by its handling of the program: “Morning Cross Fire”, aired on August 10, 2020, between 8.30 am and 9.00 am in which it featured a former CBN Deputy Governor, Dr. Obadiah Mailafia.

‘’Dr. Mailafia Obadia’s comments on the ‘Southern Kaduna Crisis’, were devoid of facts and by broadcasting same to the public, Nigeria Info 99.3fm, is in violation of  sections of the Nigeria Broadcasting Code.” Broadcast code, an illegality by Lai Mohammed—NBC Chairman However, NBC Chairman,  Alhaji Ikra Aliyu Bilbis, told reporters in Abuja yesterday that the new code  was an illegality perpetrated by Alhaji Lai Mohammed, and acting Director-General of the Commission, Professor Armstrong Idachaba. Efforts to get Lai Mohammed to speak on the issue proved abortive. The minister and his aide did not pick calls to their phones and were yet to reply text messages at press time. According to Bilbis, the actions of Mohammed and Armstrong Idachaba amounted to usurpation of the powers of commission. He stated that previous information ministers never interfered with the review of the code, noting that the NBC Act empowered the commission to regulate industry practice standards, not the Information Minister He declared that Mohammed’s version of the NBC Code falls short of basic regulation-making, standards, as it was marked by indifference to stakeholder inclusiveness. NBC’s code, plot to gag media —Atiku Reacting to the review of the code, former Vice President,  Alhaji Atiku Abubakar, kicked against the new code, which also raised the penalty for hate speech to five million naira, up from the initial fine of N500,000. In a statement issued by his media office, Atiku noted that “while there is no disputation over the fact that hate speech portends an existential threat to the enterprise of journalistic reporting  and, in fact, inhibits the workings for a free society, it is absolutely repugnant that powers that be would instrumentalize the prevention of hate speech as a means of constricting free speech.” He continued: “It is globally acknowledged that one of the core functions ofnthe mass media is to inform the society on all ranges of issues, not even to the exclusion of national security issues. The mass media has a role to play in ensuring that all possible shades of opinions are given access to the media platform.” Atiku also condemned Wednesday’s invitation of former Presidential candidate, Obadiah Mailafia by the Department of State Services, DSS, saying rather than “scapegoat” the media; he ought to have been taken to court if government felt he stepped out of line. “In a particular reference to the penalty handed down to the operators of 99.3 FM Nigeria Info, we disagree wholeheartedly with the argument of the NBC that the interview that the station had with Dr. Obadiah Mailafia constitutes any infringement or if at all it exposes the station to trading in hate speech. “Whether or not what Dr. Mailafia said on the radio station was a false claim, it is outside the objectives of a responsible regulatory framework to sanction a radio station for a comment an individual made, more so that the personality in question, Dr. Obadiah, had been quizzed and released by law enforcement agents. If for any reason the authorities are not satisfied with his explanations, they are at liberty to prosecute him in court, but not to make a scapegoat of the media platform that provides opportunities for citizens to ventilate their views. IPC reacts Reacting to the fine slammed on Nigeria Info by the National Broadcasting Corporation, NBC,, the International Press Centre, IPC, expressed dismay over the imposition of a fine. Executive Director of IPC, Lanre Arogundade, said in a statement that NBC gave the impression that it was the Radio Station that put the words in the mouth of the guest and went on to impose a fine without any evidence whatsoever that the alleged statement had degraded any person or groups of persons, which would have amounted to hate speech. “Even if a case of hate speech can be established, it is totally out of place in a democratic setting that NBC would be the one to accuse, prosecute and judge its own case against the station,” Arogundade said. NUJ reacts Also reacting, President of Nigeria Union of Journalists, NUJ, Chris Isiguzo, said:  “The purported slamming of N5 million fine on Nigeria Info is totally unacceptable to us in the NUJ. “At any point, the Nigerian populace is restrained from free expression, democracy completely takes flight. Free expression remains the hallmark of democratic governance and we must not by our actions deliberately destroy this democracy. “I want to urge the NBC to quickly rescind that anti-people policy against Nigerian Info. The media worked round the clock to help birth this democracy and we shall not allow political actors who clearly do not understand the pains we went through, the sacrifices we made to undermine. Enough of this insensitive.”