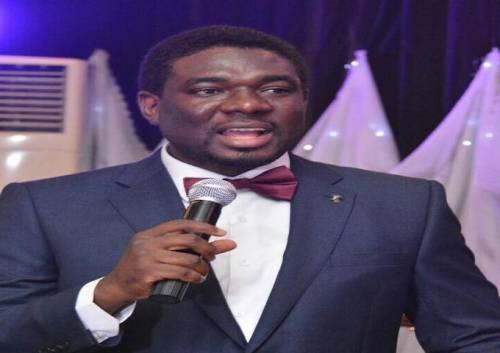 The Petroleum and Natural Gas Senior Staff Association of Nigeria has elected  Festus Osifo as its new president.

Osifo won the election that took place on Thursday at the 6th Triennial National Delegates Conference of the union at the NAF Center in Abuja.

It was reported how fake lists of delegate were uncovered at the conference.

It was gathered that the delegates’ list of Petroleum Training Institute was allegedly forged as against the original list, which contained names of authentic delegates submitted and endorsed by the chairman and secretary of the association.

Those on the forged lists were allowed into the venue while the elected delegates were denied access to the venue of the election.

The group quickly raised the alarm and insisted that the accreditation team should not recognize those names, which led to an altercation at the venue.

The drama, which lasted for 30 minutes, was later brought under control when the accreditation officials agreed and expunged the names allegedly smuggled into the list.

Osifo attended Heriot-Watt University, Scotland, where he obtained a master’s degree in Petroleum Engineering. Before this, Osifo studied  Mechanical and Manufacturing Engineering at the University of Portsmouth, the United Kingdom where he graduated with first-class honors.

Before his election as PENGASSAN president, he held different leadership positions, including serving as the Non-executive Director of Heiwa Africa, Chairman of PENGASSAN Producer’s Forum and Chairman of Total E&P branch of PENGASSAN.