Beyond the Stagey Edo Palace Embrace 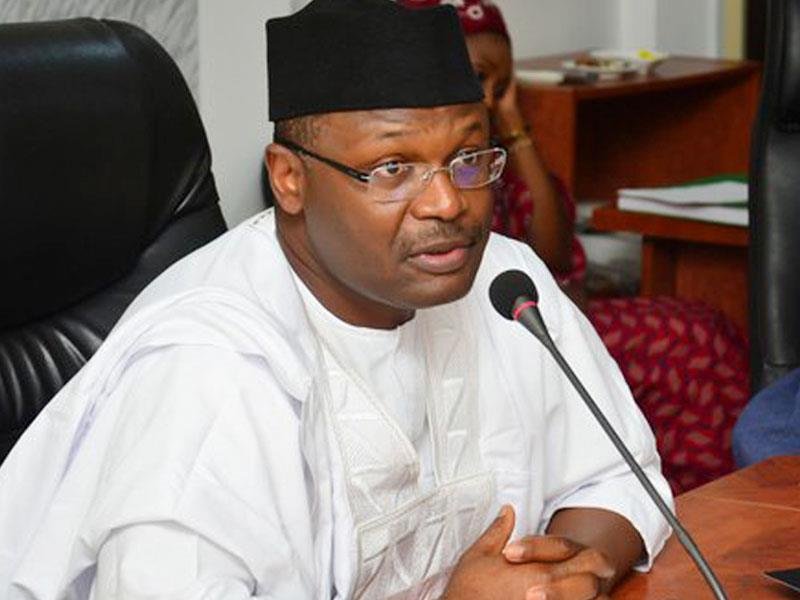 With critical discourse, enduring democratic and progressive issues boldly thrown to the dogs, the September 19 governorship election in Edo State may turn out a farce, writes Louis Achi

Without exception, the central character cast of the Edo State governorship election scheduled for September 19, view possible loss of the electoral contest as a fundamental existential threat. With perhaps less intensity, this is the same for their sponsoring parties. In explicit communication, body language, overt and covert actions so far, this fact cannot be denied. And worse, it is largely true.

Former national chairman of the All Progressives Congress (APC) and nimble strategist Adams Oshiomhole, who nailed ‘godfatherism’ in the state – and quirkily reincarnated it – is one of the key players in the September 19 showdown.

Then there is the shrewd Pastor Osagie Ize-Iyamu, who was in 2016, the candidate of the PDP, when he engaged in a very rancorous battle with his new sponsor and godfather, Oshiomhole. Outside the big two parties, others largely remain fringe players.

The presumed fact that political Siberia beckons losers in the impending electoral contest has apparently provided considerable incendiary inspiration for the core gladiators to discard civilised engagement templates and opt for ‘war’ footing.

With the unitarist tilt of Nigeria’s federalism, many even expect that the governing central government would deploy forces to settle the battle. But this is debatable. In all these, the democratic interest, safety and priority of Edo State have seemingly taken the back seat.

According to YIAGA Africa, an election observation group, which last week issued a preliminary report on the pre-election period titled, “2020 Edo Election: An Election defined by Strongman Tactics and Violence,” the pre-election period has been characterised by ‘violent, verbal and physical attacks, hate speech, identity-based violence’ and things of that nature.

It further observed that from the forcible removal of opponents’ campaign posters through name-calling at campaign rallies to vandalism and the burning of the houses of targeted political opponents and wanton deployment of thugs, the period has been one long nightmare for the citizens of the state.

Even more specifically, the YIAGA Africa Report has listed, ‘potential hotspots and flashpoints of violence’. These include: Etsako West; Etsako East; Etsako Central; Owan West and Akoko-Edo in Edo North Senatorial District. That widely reported acts of violence have transpired in these areas suggest their susceptibility during the election period to further acts of violence.

Further, identifiable hostilities in Edo State, with attendant loss of lives and property are mounting significantly and bode ill.

When two policemen died last week, in an accident involving the campaign convoy of Oshiomhole, while on his way to Usen in Ovia South-West Local Government Area, Victor Oshioke, media aide to the former APC national chairman described the accident as an assassination attempt.

The accident forced the candidate of the APC, Ize-Iyamu, to call off his rally at Usen. In a noteworthy move, Obaseki condoled with Oshiomhole and Ize-Iyamu over the crash and death of the security aides as well as others that sustained injury.

“I received the news of the accident with shock and commiserate with the former governor of Edo State, Comrade Adams Oshiomhole and the candidate of the APC in the forthcoming governorship election, Osagie Ize-Iyamu over the very unfortunate incident involving their security aides and top chieftains of the party in the campaign team,” he said.

Mindful of the implications of the spiraling violence for his realm and larger Edo arena, the Oba of Benin, Omo N’Oba N’Edo Uku Akpolokpolo, Oba Ewuare II, last week rebuked politicians in the state, particularly Governor Obaseki of PDP and Pastor Ize-Iyamu of APC, for the pre-election violence and belligerent electioneering utterances, threatening to tear the state apart ahead of the September 19 election.

“The utterances, statements and activities that I hear are most immature,” the venerable monarch had told the two leading candidates and their promoters, including former governors John Odigie-Oyegun and Adams Oshiomhole, during a peace meeting he convened in his palace in Benin.

His words: “I have noted that Benin’s politics has been in the news for quite sometimes for all the wrong reasons. I have been having sleepless nights for some days. We are all from Edo State. We are no strangers.

“Why do you want lives to be lost by arming thugs, who will later hide the guns? Enough is enough. Let the September 19 governorship election in Edo State be peaceful. Be mature and be proud of Edo State. Do not make Edo State a laughing stock.”

Recalling the 2015 presidential election, Oba Ewuare noted that Jonathan’s conceding victory to Buhari changed the prediction of the international community that Nigeria would break up due to the 2015 elections.

In their responses, Obaseki and Ize-Iyamu respectively assured the worried monarch that they would promote peace and promised to ensure their supporters conducted themselves in a peaceful manner henceforth. Then both gladiators embraced each other – a gesture many felt was purely dodgy and changed little from an essentially weaponised contest.

Curiously, even cautionary warnings by the Independent National Electoral Commission (INEC) to declare a state of emergency if the state of violence scales up has failed to check increasing impunity by the gung-ho gladiators.

Despite the stern warning by the police, as expressed by the State Commissioner of Police, Mr. Johnson Kokumo and other security agencies, pretty few people have actually been brought to book as acts of violence and counter violence spiral.
The emerging perception is that the politicians have scripted their own rules and are operating by a weird standard of justice and self-help.

Clearly, the task of rescuing Edo State falls on the elite of Edo, who must raise the bar and insist on civilised conduct from all the key players and also demand that electoral outcomes must flow from constitutionally prescribed processes.

Of Igbos, 2023 and ‘Politics of Moral Consequence’