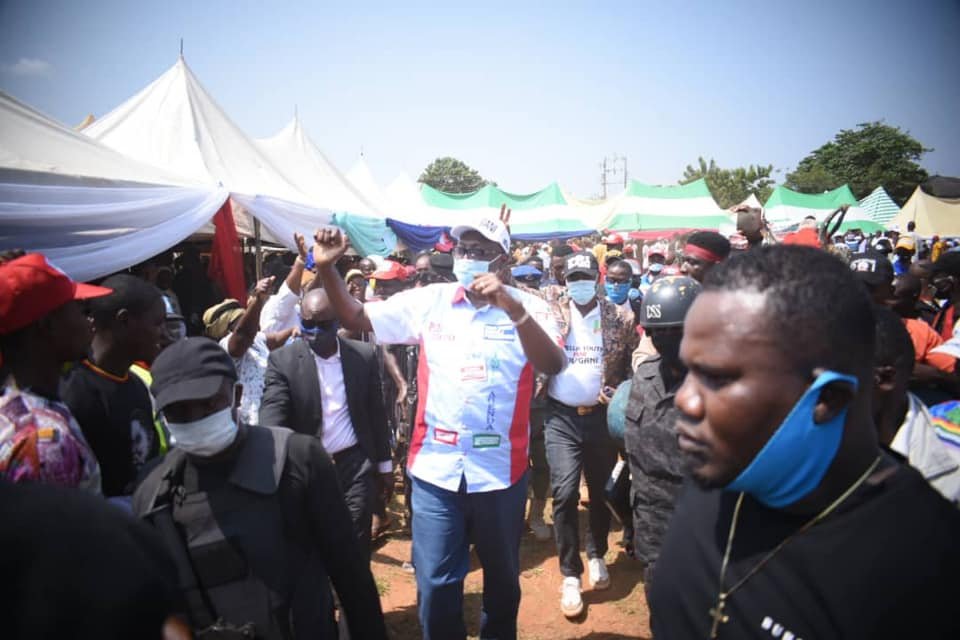 BENIN —The Edo APC governorship campaign train touched down in Etsako East LGA on Wednesday with the party’s candidate, Pastor Osagie Ize-Iyamu, and party leaders spreading the message of the SIMPLE Agenda to the Palace of the Traditional ruler and inhabitants of Agenebode, its headquarters. At the palace of the Okumagbe of Weppa Wano, HRH George Egabor Omoze I could not hide his happiness as Pastor Ize-Iyamu paid him homage and gave him copies of his Manifesto, the Simple Agenda as he called him, ‘’My Son in whom I am pleased.”

He blessed the APC candidate and declared: “I pray for you that God protects you and God gives you what you want…we pray that God will make what you are aspiring for to come true – that is our prayer.” The Okumagbe went down memory lane to recall how much his community and the Etsako East local government benefited from the Edo State Government when Pastor Ize-Iyamu served first as Chief of Staff and later as Secretary to the State Government.

“All the things we have here today I got them while he (Ize-Iyamu) was in government: the High Court, College of Agriculture, a transformer in front of my house (palace), my appointment as Chairman/Governing Council of Usman Dan Fodio University (Sokoto), College of Education-Ekiadolor and Usen; that was when he was in government.” Pastor Ize-Iyamu while presenting his Simple Agenda to the monarch whom he described as one who is passionate about development like himself added that Agenebode occupied a strategic position and its potentials have not been fully exploited to move Edo forward.