Anxiety in INEC as changes imminent over Edo, Ondo polls 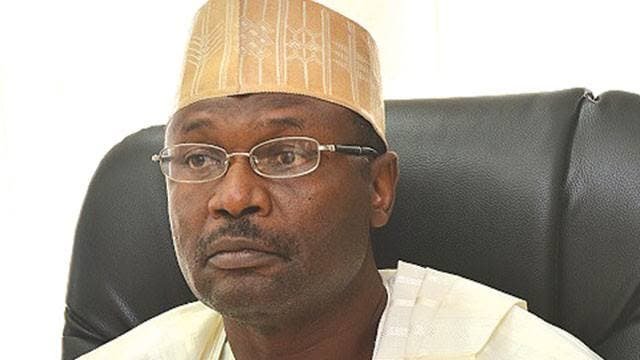 …Use of card readers for authentication affected

…Distribution of election materials may be strained

BARRING last-minute change of plans before tomorrow’s meeting, the Independent National Electoral Commission, INEC, is in a quandary over next week’s governorship election in Edo State, as national commissioners jostle to be in the good books of the re-appointing authorities in what observers feared will affect the credibility of the poll.

This pursuit may also have effects on the governorship election in Ondo State, slated for next month.
Already, there is tension at the headquarters of the election management body, as some members of staff and management are said not to be favourably disposed to this new development

The acquiescence of national commissioners to this development INEC sources reveal, is driven by the quest for re-appointment in the next phase scheduled to come up before the end of the year.

The information available from INEC shows that only the re-appointment of Mrs Amina Zakari may be feasible even though she has already served two tenures.

Almost all other commissioners are said to be vulnerable – apart from two from the North and one from the South-East.

That is not all. There are more troubling revelations. For instance, it was gathered that the discovery by INEC Operations officers that the detection of biometrics of voters during verification was declining.

The operations officers pushed for and, ensured that the commission agreed to complement the verification process by adding facial recognition and or Iris scan at polling units using a z-Pad tablet.

At INEC’s meeting, last week Thursday, the z-Pad procedure was thrown out, meaning it would not be used in the Edo election, next week.

Another very important feature to enhance election integrity is the polling units public results viewing portal demonstrated in the Nasarawa bye-election, three weeks ago. As INEC meets tomorrow, there are fears that this very useful tool, which made the Nasarawa election successful, may also be thrown out of the window.

Declining use of smart card readers

This is in spite of the fact that operational trends from INEC inside sources show that since the departure of Professor Atahiru Jega, the use of biometric Smart Card Readers which help to improve voter verification and, consequently, election integrity that brought the APC and President Muhammadu Buhari-led government to power, has been on the decline. Data from INEC showed that from just under 60% compliance level in 2015, the highest compliance results in this dispensation has been just about 20% verification, using Smart Card Readers.

Yet, the commission, at its meeting last week Thursday, dropped it and may, at its meeting tomorrow, turn down other technical innovations having dropped the idea of deploying the facial recognition or Iris scan at polling units using its z-Pad tablet.

The implication of this is that anybody with a PVC can vote without the rigor of authentication, even if the Smart Card Reader is unable to match the bearer of the PVC with the data or biometrics since the commission may not deploy the z-Pad for the Edo and Ondo elections.

Another angle to the fears being expressed about the likelihood of not having a free and fair election is the move to alter some aspects of the manual for election to be handed over to ad hoc staff.

It was gathered that some provisions, like the possible non-deployment of the z-Pad, would be inserted into the document to give legal backing, as the election manual serves as a code of operations for ad hoc staff and they must stay within the letters of the document in their conduct of elections.

Another source of disquiet at the commission headquarters, according to an INEC insider, is the list of Supervising Presiding Officers, SPOs.

The strategic importance of SPOs is their oversight of distribution of election materials, particularly ballot papers and election result sheets.

Sources at the commission hinted that politicians have already infiltrated and are making unwholesome inputs into the names of those to be appointed as SPOs.

There are suggestions from the commission that some top officials within are neck-deep in the on-going redeployment of personnel list of nominees to play critical roles in the election.

The potential for a disruptive outcome is that critical and sensitive election materials may not be effectively distributed to cater for all areas within the voting jurisdiction as some potential SPOs are expected to do the bidding of politicians who ensured that their names are included in the list as SPOs, thereby fueling tension and heightening fears that the election is being channeled to have an expected end.

No threat to polls, allegations misleading, mischievous – INEC Speaking on the issues, Mr. Rotimi Oyekanmi, chief press secretary to the INEC Chairman, Professor Mahmood Yakubu, said there are no threats to the Edo and Ondo polls and dismissed the allegations as misleading and mischievous.

He dismissed claims that some national commissioners would be reappointed, saying: ”I am not aware that any National Commissioner has been penciled down for re-appointment.”

His words: ”The use of the Smart Card Reader, SCR, is mandatory for all elections conducted by the Independent National Electoral Commission. In accordance with Section 49(2) of the Electoral Act 2010 (as amended), a person intending to vote shall be verified to be the same person on the Register of Voters by the use of the SCR.

Therefore, the allegation that the compliance under the current Commission is lower than the previous one is misleading and mischievous.

”To be sure, the INEC Regulations and Guidelines for the conduct of elections made provisions for certain situations that might arise on Election Day.

For instance, where a Voter’s Permanent Voter’s Card (PVC) is read but his/her fingerprint is not authenticated, the voter will be requested to thumbprint the appropriate box in the Register of Voters and continue with the voting process.

In addition, the poll official shall also compare the voter’s details with what is contained in the Register of Voters.

If the details are the same both ways, the voter shall be asked to give a telephone number and allowed to vote.

The reason for collecting the phone number of the voter is to enable a re-capturing of his/her biometrics at a later date.

However, where the SCR fails to read the PVC of a voter, that voter will NOT be allowed to vote. He or she will be politely requested to leave the polling unit.

Therefore, whichever way you look at it, the use of the SCR is central to the voting process on Election Day.

”Politicians are not permitted or allowed to nominate anybody for appointment as Supervisory Presiding Officer (SPO). The Commission’s procedure for recruiting as-hoc staff is very strict and streamlined. There is no room whatsoever for any politician to interfere with the process. It is a taboo to allow such interference.”