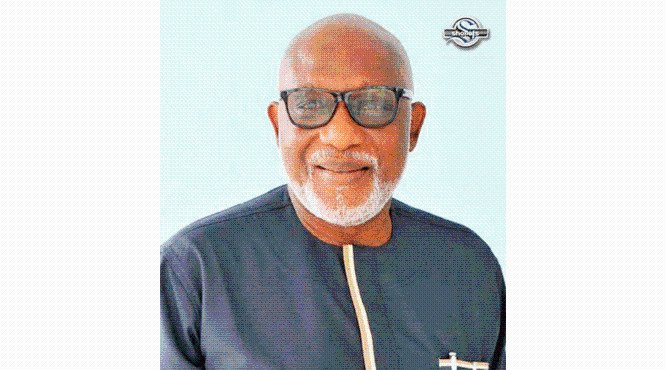 One sector of life in Ondo State where Governor Rotimi Akeredolu has recorded commendable achievements is in the area of agriculture. The administration had hit the ground running shortly after it was inaugurated and recorded some remarkable successes in the sector.

The administration of Akeredolu had so far undertaken the disbursement of over N210 million to farmers’ Co-operative societies in the state under the FADAMA Scheme. This was also in addition to the distribution of 1,000 metric tons of fertilizers to farmers.

Importantly, Akeredolu’s administration had also mobilized 35,000 farmers in Ondo State to date under the Anchor Borrowers Scheme. Amongst the government’s feats in the agricultural sector is the acquisition of two ethanol plants for cassava processing and commencement of the production of lawyer’s wig.

The administration had likewise distributed 450,000 cocoa seedlings and 25,000 Brazilian cashew seedlings to farmers in the state. This effort manifested Akeredolu’s dogged determination to return the state to its leadership position in cocoa farming in the country.

It had also established a Mass Rice Production Project in Igbara-Oke, in Ifedore Local Government Area through the rice cultivation to the milling of 37,500 metric tonnes processing capacity.

The government had established a fertilizer blending plant, sack weaving factory, and granular factory at the Ore axis of the state, and had carried out Youth on the Ridges Empowerment in Agro Business and Schools on the ridges for secondary school students.

It is noteworthy that he has been making loans available and partnering with banks to make loans easy and accessible to farmers in the state and had trained cocoa farmers on how to use a modern form of fermentation and drying.

In addition, Akeredolu had since his assumption of office been promoting local consumption of cocoa drinks and chocolate through sensitization of the citizenry on the health and wealth benefits, and his government had also established 2,000 hectares of land for hybrid cocoa plantation at Ijugbere in Owo Local Government Area of the state.

What appears the biggest stride of Akeredolu’s government in the agricultural sector is its partnership with the Big Dutch Company to build the first of its kind Pig Village in Ondo State.

The strategic projects are conceived to address environmental issues as well as improve the economy of the state. The 50-sows capacity pig village is to be completed with artificial insemination facilities which would be the very first of its type in the South-West with concrete slated floors.

Above all, the automatic drainage system pig village is expected to address the issue of capital flight, because of the capacity to supply pork to all supermarkets within and outside of the Sunshine State.

Similarly, Ondo State, before Governor Akeredolu’s assumption of office, was strictly a civil service state, which could barely boast of any operating industry, but the story has changed now. In only three years, the state can now boast of an industrial hub that houses 15 different companies. The industrial hub is a public-private partnership arrangement between the state government and Linyi City in the Shanghai Province of China.

This initiative has given birth to what is today known as the Ore industrial park where 15 major companies have either resumed production or at various stages of completion. The industrial park is an integral city that is offering quality service and an enabling business environment that is stimulated with ultra-modern facilities and infrastructure. The park is strategically positioned to become one of Nigeria’s premier economic industrial zones.

The industrial pack came into existence after a Memorandum of Understanding (MoU) was signed between the Ondo State government and the Linyi Municipal Republic during Akeredolu’s visit to China, where he signed six different Memorandum of Understanding (MoU) with the Linyi Municipal Republic in China. Some of the companies that have sprung up at the industrial park are the Cassava/Ethanol Plant, Agrochemicals, Papermills factory, Medium Density Fiber Board, Plantation, Textile Industry, and We-wood.

The Cassava/Ethanol Plant needs 300 to 400 tons of cassava on a daily basis, which means that cassava farmers in the state will have a ready market at the plant. With an estimation of about one million tons annually, the cassava to ethanol plant would also afford the state the huge opportunity to key into the Federal Government’s initiative of cassava off-takers.

The Ore Industrial Hub has already rewritten the history of the state industrially and setting it on the right footing.

About 20,000 direct and indirect jobs are expected to get generated when the hub begins operations at full capacity. Besides the companies that are already operating at the industrial park, two other companies are set to begin operations; one will engage in milk production while the second one is setting up a motor assembly plant.

The assembly plant will be the first of its kind in the country as various parts of automobiles would be imported for the assemblage at the park. The industrial hub located at Omotoso on the Benin/Ore Expressway clearly portrays the hope of a better future for the state. In all of these, Governor Akeredolu is putting the state on the industrial map of Nigeria

We will retrieve every inch of our land from grabbers