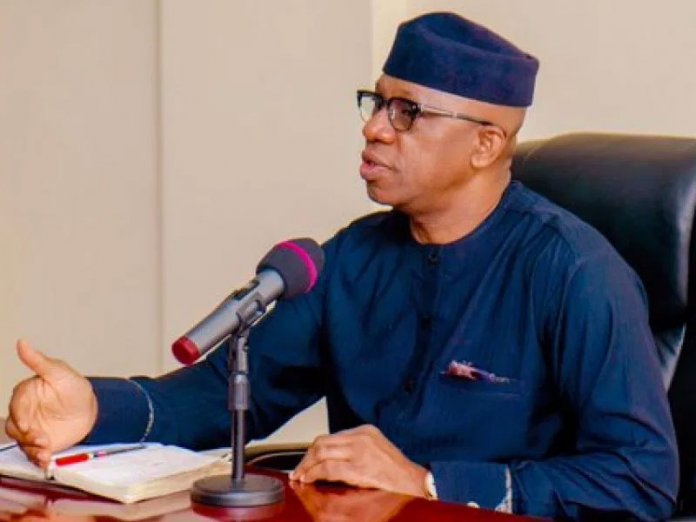 Ogun State Governor, Mr. Dapo Abiodun has urged foreign governments and investors to work out symbiotic partnership programs with sub-national governments in the federation rather than doling out development aid to them.
For the impact of donors and philanthropies to be felt, Abiodun argued, there was a need for them to have a deep understanding of the challenges of the people and come up with detailed strategies of addressing them.

Abiodun stated this while speaking at a virtual humanitarian and philanthropic roundtable organized by Foreign Investment Network (FIN) on Friday, saying the people would only participate and take ownership of projects that address their concerns.
He said: “What this means is that not just on the part of the government, private donors, philanthropies must also develop a more in-depth understanding of the challenge of the people and then define a clear vision and detailed strategies with an action plan.

“This strategy must also include a tool to measure impact. Philanthropy should address the challenge of the people, not the fancy of the donor. And that has been one major bane of philanthropy in this part of the world and why it has not had the positive impact that it should have had”, he explained.

He noted that there had been an increase in the number of institutional philanthropy in the past years, which included private individuals, corporate entities, and families, though regretted that there was little impact on the socio-economic development of the country.

Quoting from the Organization for Economic, Cooperation, and Development (OECD and Development Assistant Committee (DAC) statistics, the governor disclosed that donors in the last 60 years have granted a total sum of $502bn to sub-Saharan Africa, which is worth over $866bn in the current price, just as the United States annual aid between 2002 to 2015 rose from $2bn to $8bn, while additional development assistance of $89bn was granted to Nigeria, to support her development goals.

He lamented that despite the huge amount, little impact was felt from the receiving population, adding that his state has created a viable development partnership with investors and donors and consider the interest and needs of the people, as projects were situated, not for individuals or group, but the needs of the recipients to enable them to take ownership, which would guarantee the sustainability of the project.

“Our approach is that once projects and investments are at the needs of the people, the people will not only take ownership of these projects which in turn guarantees the sustainability of the projects.
“By doing this, the issue of multi-million naira projects with zero impact on the people who are laying waste will not even arise. Let me say that this approach has continued to help in the last year of the successful implementation of the “Building our Future Together” Agenda, Abiodun noted.

Abiodun emphasized that the introduction of town hall meetings in the process of putting together this year’s budget was to allow for wider and deeper inputs, a more practical way of identifying the needs and expectations of the people. So that the government could strategically allocate resources towards the successful execution of projects.

He insisted that the people must be made to participate in the project from inception, while all the levels of government should provide an enabling environment for philanthropists to thrive, maintaining that stakeholders needed to explore and introduce regulations to strengthen transparency and accountability in the process.
While informing the audience that Ogun State doors are open to genuine investors, the state helmsman called on individuals, organizations, to partner with the state government, as the people crave more partnership in education, health, and other sectors of the state economy.

Nigeria Media and the Fight against COVID-19 Misinformation