2023: As The Defection Season Opens 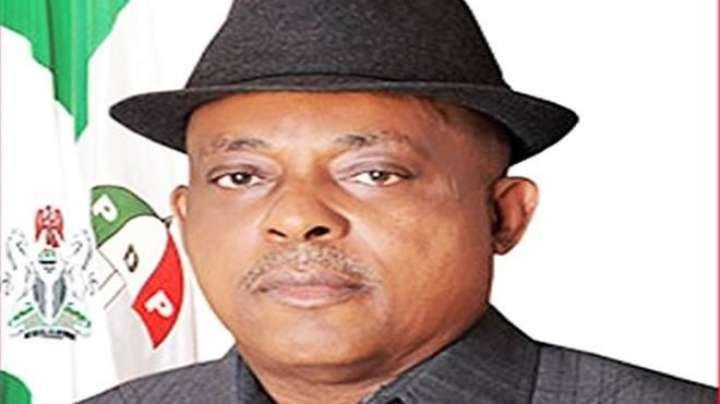 As the political space heats up ahead of the 2023 general election, ISREAL DARAMOLA writes on the recent of defections by political actors and the projected prospects in their new political parties

With 2023 at sight, defections and tales of defections are as commonplace as they are anticipated. And for the major political parties, the task of maintaining the delicate balance between retaining its fold while seeking to get new members.

Even though they are largely at the mercy of politicians whose actions are driven by ambition, the two major parties, All Progressives Congress (APC) and Peoples Democratic Party (PDP) seems to be leading in the scramble to get new members.

In the post-2019 era, while the PDP got the Edo State governor, Godwin Obaseki into its fold, the APC was able to get former Speaker of the House of Representatives Rt Hon. Yakubu Dogara and former PDP national chairman, Senator Barnabas Gemade back on its platform.

As the Ondo State governorship election as the Deputy governor to Akeredolu Agboola Ajayi defected from APC to PDP before pitching his tent with Zenith Labour Party in search of a governorship ticket.

However, while some pundits aver that the change of APC national leadership was instrumental to the recent defections into the party, others argue that prospects of politicians, in the PDP bloc which Dogara belonged, returning to APC is higher.

Although their collective and personal political interests under the nPDP became threatened shortly after the 2015 presidential election, their eventual exit from the party was largely adduced to the stern opposition they faced from the Adams Oshiomhole-led APC at the time.

Still, insinuations that they as a bloc would return to APC, following Oshiomhole’s exit as well as Dogara’s defection, became rife, in spite of denials by some of the key actors.

This is more so that the current APC national caretaker committee led by governor Mai Mala Buni has called on all those who left the ruling party to return now, assuring that mechanism to resolve all the grievances that have been provided.

A statement by the party said: “We assure all true progressives who left the party over whatever grievance to return and join ongoing efforts to reposition the APC and further achieve our pro-people plans for the country.

“The APC caretaker Committee led by Governor Buni has created a conducive and sincere environment to address many of the grievances among our party ranks and return the party to its progressive and lofty heights.

“It heartwarming that party faithful led by President Muhammadu Buhari as leader of the APC have recognised the reconciliation efforts of the Governor Buni-led APC caretaker and continue to support the Committee. We call on our supporters, members, and leaders to continue their support for the caretaker committee by coming forward with any issues, grievances, disputations, differences for an amicable resolution. The task of keeping the party unified and strong is a collective one,” the party said.

For now, however, the rapprochement to some of the PDP chieftains appear not to have worked out as they have denied rumours linking them with plans to return to APC.

PDP Presidential candidate in 2019, former vice president, Atiku Abubakar, said he won’t return to APC which he described as a sinking ship.

Atiku who spoke through his special adviser on media, Paul Ibe was quoted as saying, “It is not true. His Excellency Atiku Abubakar will not return to a sinking ship. All of these shenanigans are to distract Nigerians from its (APC-led government) monumental failures at governance that has left our people poorer to the extent that we are now the poverty capital of the world,” he said.

“Its leadership of the last five years has left our country more insecure and more divided than at any other time. Its policies have made more people jobless and compromised our sovereignty.

“Going back to the APC is like willingly opting to go to hell,” he added.

While an aide to Saraki who craved anonymity was quoted as also denying plans by his boss to return to APC, spokesman of Kwankwaso, Comrade Aminu Abdussalam, said no right-thinking politician will join APC “that is on the verge disintegration.

“To the best of my knowledge, I’m not aware that they have consulted His Excellency, Engineer Rabiu Musa Kwankwaso. Engineer Kwankwaso is a bonafide member of the PDP. More so, how do you expect anybody in his right senses to join APC at this material time?

“APC is on its downward journey, the party is at the state of disintegration, it is suffering from self-inflicted injury and there is nothing they can do now to rectify it. They have destroyed everything and compounded our security problems. In the last five years, the party did nothing apart from making Nigerians to suffer, suffer and suffer,” Abdussalam said.

Nevertheless, in a political clime where interests are constantly changing, watchers note that it won’t be surprising if such defections eventually happen if recent history is anything to go by.

Also, while there is no legal restriction for such political movements (except for serving lawmakers), pundits have raised issues about the moral implication of defections in the country over time.

Chairman of Partners for Electoral Reform, Mr Ezenwa Nwagwu said “Politicians do not make any pretenses, the fact is it is all about their interest even. When they talk about the people, their actions point to the fact that is about their personal interest.

Nwagwu who is also convener of Say No Campaign Nigeria, “There is no camp, the only camp is interest, if their interests align, they are together but when their interest does not align, they play in different camps.“

He lamented that the solution to the scenario can only come from the people noting that those who make the laws that could solve the problem are the drivers of the tragedy.

He, however, noted that pressure must continue to be mounted on the politicians who do not have a positive projection for the nation.

A legal practitioner and human rights activist, Barr. Ahmed Lame who stated he does not see most of the PDP chieftains defecting to APC, even though he agreed that “politics is about the protection of interest.”

On his part, an APC chieftain based in Abuja, Barr Abdullah Mohammad also expressed doubt that the party chieftains will leave PDP just as he admitted that party politics is all about what they can get.