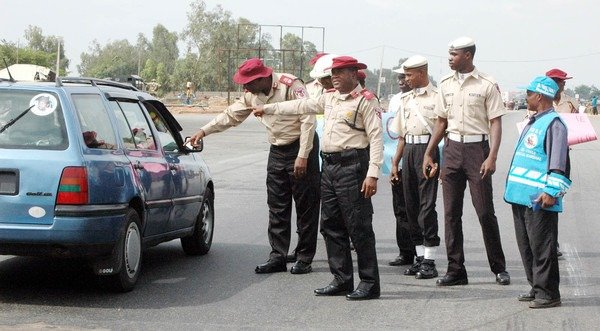 The commission also reduced the ranks of 10 others.

According to the spokesperson of corps, Bisi Kazeem, on Friday, the officers were sanctioned in accordance with the provisions of the FRSC regulation on discipline.

He said the sanction reaffirms the corps’ resolve to align with the anti-corruption policy of President Muhammadu Buhari’s administration.

He stated that the board chairman, Bukhari Bello, revealed that the disciplinary actions are to serve as a deterrent to others who may form the habit of contravening established regulations and tarnishing the good image of the Corps.

“In the same vein, the Corps Marshal, Dr. Boboye Oyeyemi re-stated that his administration will continue to operate on the tripod of Consultation, Reward, and Punishment as he called on staff to internalize the ideals of the founding fathers whose drive and commitment was geared towards saving lives.”

He added that while reasonably number of staff have received different punishments for misconduct, many staff have been commended and appreciated for disciplined and exemplary conduct.