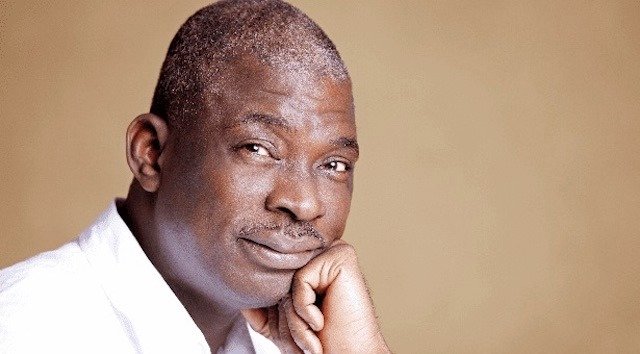 Mr Supo Shasore, the former justice commissioner in Lagos State was the first lawyer Nigeria hired to defend its interest against the monstrous and fraudulent claim of almost $10billion made by Irish company P&ID.

But as it turned out, he betrayed Nigeria’s trust and let down his nation by allowing himself to be corrupted by P&ID and in turn, he also corrupted some public officials working for NNPC and the Ministry of Petroleum, with bribes totalling $200,000.

He concluded Shasore was compromised by the guys in P&ID.

According to the judgment read by Cranston, Nigeria’s lawyer, Mr Howard accused Shasore for deliberately defending the case thinly, at the first two stages of the arbitration, such that the Tribunal had no choice but to find for P&ID.

“The reason was that he had colluded with P&ID, with the inevitable result that Nigeria would lose the case”, Howard said.

”In advancing his case, Mr Howard pointed to various factors: Mr Shasore had advised a speedy settlement, as in his 17 July 2013 letter to the then Attorney General, without investigating the obvious line of defence that P&ID, a BVI company with no experience, assets or finance, would not perform.

“Next, Mr Shasore concealed his involvement from his own firm.

“Further, in the conduct of the arbitration he did not seek disclosure of any of the 100 files Mr Quinn referred to in his statement, relevant to the preparatory work P&ID was said to have performed.

“Finally, there was no useful evidence on the Nigerian side in Mr Oguine’s witness statement, which he drafted.

“It was significant, Mr Howard submitted, that in the arbitration proceedings Mr Shasore failed to challenge Mr Quinn’s evidence of P&ID’s ability and willingness to perform the contract and the US$40 million said to have been expended.

“His attempt at cross- examination of Mr Quinn was bound to fail when he had not challenged anything significant in Mr Quinn’s statement, the issue of cross-examination was foreclosed at the case management hearing in which he participated, and Mr Quinn was dead (which he claimed not to know).

“Then there were Mr Shasore’s reply submissions, added Mr Howard, where he wrongly asserted that his statement of disputed facts essentially challenged all the facts in Mr Quinn’s statement.

“Additionally, Mr Shasore dragged his feet when conduct of the arbitration was transferred from the Ministry to the Attorney General for the quantum stage. At the quantum stage, Mr Howard submitted, Nigeria’s new counsel, Mr Ayorinde, was precluded from reopening the matter.

“Not only did he not know of Mr Shasore’s behaviour, he had no basis to apply to reopen the Tribunal’s prior findings”, Howard concluded.

P&ID’s lawyer, Mr Mill defended Shasore and submitted that it simply could not be said that this was a fabricated dispute, and Nigeria did not treat it as such.

“Through Mr Shasore Nigeria advanced what would have been a knock-out blow with its challenge on jurisdiction with an argument which even the Attorney General, Mr Malami, thought was a good one.

“That was entirely inconsistent with the suggestion, said Mr Mill, that Mr Shasore was somehow conspiring with P&ID and putting up a sham defence for the sake of appearances.

“There was no evidence, submitted Mr Mill, to support Mr Howard’s speculation that Mr Shasore might have been corrupted, if not from the outset of the arbitration, certainly after the Jurisdiction Award.

“The reality was, Mr Mill contended, that this was a genuine dispute which, given the language of the GSPA, Nigeria was hard-pressed to defend, but which it fought over a number of years from its inception in August 2012 until the Final Award in January 2017. Mr Shasore’s conduct, and the Nigerian defence generally, were inconsistent with a deliberate plan to lose the case.

” As to the liability hearing, submitted Mr Mill, Mr Shasore tried his hardest – having misapprehended the implications of Procedural Order No. 9, and the discussion at the case management conference – to get himself out of a hole. By reference to the transcript and the Tribunal’s reasons, Mr Mill also submitted that there was nothing to prevent Mr Ayorinde from reopening the matter at the quantum stage of the arbitration.

But Sir Ross Cranston, after reviewing the case against Shasore concluded:

“At one level I can see that in Mr Shasore’s favour it might be said that he did the best he could in circumstances where he had a difficult case and, at least for part of the time, faced a lack of instructions from the Ministry (as I have mentioned above). Albeit he did not seek discovery, he did advance the jurisdiction argument, and at the liability stage identified at short notice six facts in Mr Quinn’s statement which Nigeria wished to dispute (albeit that P&ID did not need to rely on them).

“Moreover, it might be said that Mr Shasore took a number of points on liability, although the Tribunal dismissed them without too much difficulty. Whatever the cause it seemed to follow as a matter of course that at both the liability and quantum stage the Tribunal would accept Mr Quinn’s evidence as to the willingness and ability of P&ID to perform its part of the GSPA. As Mr Mill put it, Mr Shasore faced the timeless problem of advocates dealt a poor hand and making the best they could.

However, what persuades me of a prima facie case of dishonesty in Mr Shasore’s conduct of the arbitration are his payments of US$100,000 each to Ms Adelore and Mr Oguine. Ms Adelore occupied Ms Taiga’s position at the Ministry as the senior lawyer, and Mr Oguine was her counterpart at the NNPC. Their salaries as public servants, according to the Attorney General, Mr Malami, were some US$5000 per annum.

“However, what persuades me of a prima facie case of dishonesty in Mr Shasore’s conduct of the arbitration are his payments of US$100,000 each to Ms Adelore and Mr Oguine. Ms Adelore occupied Ms Taiga’s position at the Ministry as the senior lawyer, and Mr Oguine was her counterpart at the NNPC. Their salaries as public servants, according to the Attorney General, Mr Malami, were some US$5000 per annum.

“Mr Mill submitted that these payments had nothing to do with P&ID. Moreover, Mr Shasore had volunteered the information about them to the EFCC and described them as gifts.

“The argument that Mr Shasore volunteered the payments goes nowhere, since once the EFCC had information from the bank accounts it was difficult to deny them. As to Mr Shasore’s account that these were gifts, that does not seem to me a complete and honest explanation for why he should make these payments to these senior public servants.

“Part of the picture is that after the payment to Ms Adelore, she wrote to the Ministry’s permanent secretary on 30 December 2014 recommending a settlement. We also saw that when the EFCC investigated in the first part of 2016, she was the source of information at the Ministry. I have also mentioned that Mr Oguine was charged with producing witnesses for Nigeria but instead put his name to a witness statement in May 2015 which the Tribunal said was of no assistance to its case. Moreover, with Mr Shasore, Ms Adelore and Mr Oguine comprised Nigeria’s settlement team in late 2014.

“In the result there is a possibility that Mr Shasore had been corrupted. At the least I accept Mr Howard’s submission that there is a prima facie case that Mr Shasore made the payments to Ms Adelore and Mr Oguine to purchase their silence in relation to his conduct of the arbitration and settlement negotiations. There is therefore a prima facie case that the arbitration proceedings were tainted.

” At the point of the Jurisdiction and Liability Awards the position was compounded if, as Mr Howard submits, Nigeria’s counsel, Mr Shasore, had been corrupted. Even if Mr Shasore had not been corrupted, I accept Mr Howard’s submission that Mr Shasore could not reasonably have been expected to discover if, as seems to be the case, that the GSPA was procured by bribes, and that P&ID’s plan from the outset was to extract money from Nigeria through contrived settlement negotiations or arbitration.

“When Mr Shasore was replaced for the quantum hearing and Final Award, I also accept Mr Howard’s submission that Nigeria’s new counsel, Mr Ayorinde would have no reason to suppose that Mr Quinn’s evidence to the Tribunal had been perjured, that P&ID was not a legitimate business which was ready and able to perform the GSPA, or that Mr Shasore was implicated in illegitimate payments to senior civil servants acting with him.

“Mr Ayorinde’s conduct of the arbitration in this regard is explicable”.