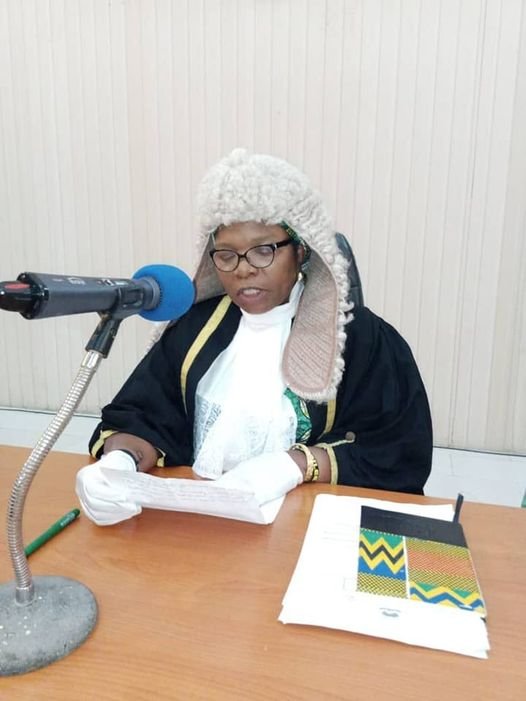 The Ekiti State House of Assembly has appointed Olubunmi Adelugba as the new Speaker of the House.

This followed the sacking of Gboyega Aribisogan on Monday by seventeen out of the 25 members of the House.

Here are 10 things to know about the new Speaker:

1. Adelugba is the first female Speaker in the history of the Assembly since the return to democracy in 1999.

2. She is a member of the All Progressives Congress in the state.

3. Adelugba was elected into the Ekiti Assembly in 2019.

4. Adelugba has more than two decades of work experience in rendering Audit and Corporate Advisory Services as well as Finance Consultancy.

5. She worked in Olusola Adekanola & Co as Principal Consultant, a team that started Accelerated Revenue Generation as a means of boosting State Governments’ Internally Generated Revenue.

6. She was in ActionAid Nigeria as the Management Accountant and ActionAid International Cameroun as Head of Finance providing a lead in the internal, international and statutory Audit support for the Countries’ program.

8. She was Special Adviser, Revenue Matters and Taxation, in the state.

7. She is presently the Managing Partner of Bunmi Adelugba & Co and Boomade Professional Services and also coordinates interface with clients.

10. She is a practicing Accountant and Tax Practitioner.