Your ambition not worth blood of Edo People – Obahiagbon tells Obaseki 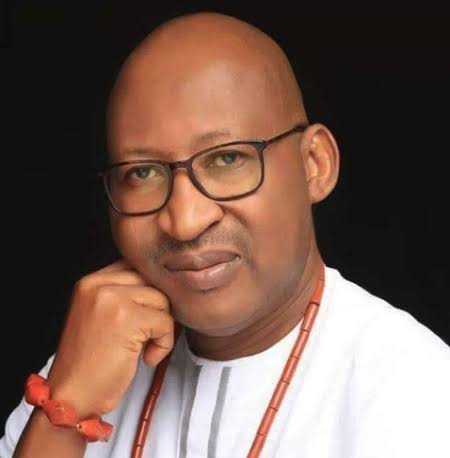 The Campaign Council of Pastor Osagie Ize-Iyamu, the Edo State All Progressives Congress (APC) governorship flag bearer, has told the state governor and People’s Democratic Party (PDP) candidate, Godwin Obaseki that his second term ambition is not worth the blood and life of citizens of the state.

Accusing the governor of been desperate of winning the September 19, governorship election, the APC governorship candidate campaign council, alleged that Obaseki has embarked on executing plans to prevent the people of the State from delivering a verdict on the four-year misrule of Obaseki at the polls with violence and other criminal acts of intimidation.

Addressing newsmen in Abuja on Friday, the deputy head of the media and publicity committee of the APC National Campaign Council, Hon. Patrick Obahiagbon said the governor and the PDP candidate have resorted to coercing the people of the state in desperation to get re-elected despite his rejection by the people.

He alleged that the governor and his party have engaged in the illegal importation of dangerous arms and ammunition for thugs and criminals from neighboring PDP States, particularly Delta, with the sole aim of causing mayhem and disrupting the peaceful conduct of the election in most parts of Edo State.

According to Obahiagbon, “Less than one month to the Edo Governorship election, and with defeat staring Mr. Godwin Obaseki and his party of tax-collectors, the PDP, in the face, they have both abandoned their pretense at democracy and guided participation in the election, and brazenly embarked on the execution of their plans to prevent the people of Edo State from delivering a verdict on the four-year misrule of Obaseki at the polls on the 19th of September with violence and other criminal acts of intimidation.

“Let it be known by the whole world that the Governor of Edo State and his government, in continuation of their disregard for the rule of law, democratic ethics, and constitutionalism, has intensified their illegal importation of dangerous arms and ammunition, as well as the daily recruitment and importation of notorious thugs and criminals from neighboring PDP States, particularly Delta, for the purpose of causing mayhem and disrupting the peaceful conduct of the election in most parts of Edo State.

“We have it on good authority that the Edo State Government and members of its kitchen cabinet have drawn up a list of prominent APC leaders across Edo State that they gave targeted for maiming, physical assault, assassination, kidnapping, and sponsored robbery attacks whilst also tinkering with the idea of using heavy-duty trailers to orchestrate road accidents of APC leader, before or on the day of the September 19th Governorship elections.”

The campaign council said it was alarmed at the rapid multiplication of firearms in the state and the wanton violence and shooting that characterized the PDP campaign, causing residents to flee their homes upon hearing news of the outgoing Governor’s visit.

“We are alarmed at the rapid multiplication of these firearms and the now-too-common presence of violent groups with prolific ammunition who are on the march with the Edo State Governor as he campaigns from place to place and in the process terrorizing the people and leaving behind an unfortunate trail of sorrow, blood, and tears everywhere he goes for campaigns.

“Rather than excite, Mr. Governor’s campaign trail has now become a bad omen, a harbinger of evil, and a stage of wanton violence and shootings, causing residents to flee their homes upon hearing news of the outgoing Governor’s visit.”

The APC cited the violent incident on Wednesday, August 19th, in Igueben LGA where thugs allegedly hired and armed by the Edo State government, turned their guns on each other, and shot an innocent citizen in the fracas that ensued.

“We are disappointed, disheartened, and extremely repulsed by the fact that a government that failed the youths and derided them at every turn has now gone ahead to place guns purchased with state resources that could have gone into empowerment schemes in the hands of some, urging them to wreak havoc and risk their lives, and those of others, in the process.

“We are equally aghast at the fact that a Governor that spent four years chasing away investors from Edo State with his tyranny, bad faith, and targeted policies, and destruction of people’s legitimate properties on the account of their political views, has now committed state resources to the mobilization of thugs, cult groups, assassins, and other criminals into the state to carry out his murderous plans all in a bid to avoid a fate he sealed for himself with his incompetence and aloof disposition.”

The APC Campaign Council further alleged that “the outgoing Edo state Governor has become desperate and now willing to muzzle his way back to Government House but must Edo State become a carnage field of blood, tears, sorrows, and deaths for the realization of his second term aspirations?

“We are not only condemning, in the strongest of terms, this daily distribution of illegal arms to mobilized thugs, we demand an investigation and arrests that will be followed by swift prosecution as a mark of seriousness on the part of the security agencies to protect the integrity of the September 19 election.

“Arms proliferation has fueled insecurity in Nigeria for years and we are convinced that by clamping down on Governor Godwin Obaseki and his agents of terror, who on a daily basis are funneling state funds to the illegal acquisition and distribution of weapons, the security agencies would be laying a marker in the sand and sending a strong signal to other perpetrators of this crime that it would no longer be business as usual.

“Nothing warrants nor justify this undemocratic inclination to violence where the exchange of ideas should reign supreme. The protection of the integrity of the Edo Governorship election from the brooding and sprawling violence of Mr. Godwin Obaseki is a collective obligation that must be shared by all well-meaning citizens and groups interested in the survival of democracy and the constitutional right and freedom of the people to determine the leadership of their state and their representatives in government.”