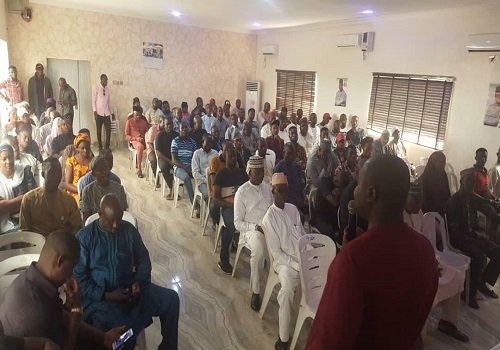 The leader of Young Professionals of Nigeria (YPN), Pastor Desmond John has called on the Northwest to vote for the All Progressives Congress (APC) presidential candidate, Asiwaju Bola Ahmed Tinubu in 2023.

He made the call in a stakeholder meeting in Sokoto State to sensitise young professionals in Sokoto, Kaduna, Kebbi, Zamfara, Kano, Jigawa and Katsina States.

According to him: “Asiwaju Bola Ahmed Tinubu has pledged to tap the rich agricultural value chain in the country. He promises, as a recorded achiever, to harness the entire agricultural potential of the country.

“Asiwaju is a proven wealth creator. He is credited as Governor of Lagos State with an uncanny potential to turning opportunities into gold mines.

“When, as the President, he unleashes his famed possibilities on the country’s agricultural sector, the entire North will be a vast gold mine, and the people of the North, predominantly agriculturists, would experience a tremendous transformation that would transform their social statuses.

” So, the entire North should see the need to turn in massive votes to this famous wealth creator, to turn their fortunes around, just like he did for Lagos State and Lagosians.”

John thanked APC Governors in the region for their steadfastness in ensuring that power shifts to the South based on equity and fairness.

While welcoming the leaders and other guests, the zonal coordinator of the Young Professionals of Nigeria Yakubu Ahmed, thanked John for the initiative of drawing young professionals into politics.

He said among the 1 million YPN members in the Northwest, 800,000 are registered APC members.

He said they were e ready to embark on membership drives to give Tinubu at least four million votes come February 25, 2023.