We Are Comfortable With PCC Campaigns List- APC National Chairman 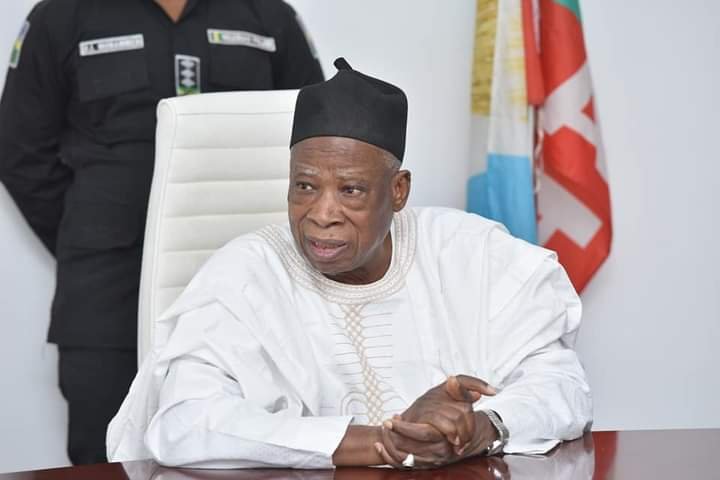 Ahead of the 2023 Presidential election, the National Chairman of the ruling All Progressives Congress, APC, Senator Abdullahi Adamu, has said the National Working Committee, NWC, of the party is comfortable with the campaigns list of the presidential campaign council, PCC.

Adamu spoke at the closing session of a meeting of governors, NWC, and other stakeholders at the party’s national secretariat yesterday in Abuja

Recall that APC governors and the NWC were reportedly aggrieved over the composition of the party’s presidential campaign council, released by the Secretary of the PCC, James Faleke.

The grievances led to the postponement of the kick-off of the party’s presidential campaign, saying the move was to allow room for inclusion of more party chieftain in the Council.

But reacting to the matter, Adamu said, “We are very comfortable with all the machineries in place and we are together . I believe this meeting is more than useful for all of us. For us, in the spirit of this meeting we will work together as one.

Speaking earlier, while addressing journalist after the meeting, the chairman Progressives Governors forum, PGF, Governor Atiku Bagudu of Kebbi state, said the meeting was to strategized and discussed about the campaigns that would soon kick-off.

When asked if the governors are aggrieved over the composition of the campaign list, he said, “We are very proud of our party and we are proud of our party leader, Mr President Muhammadu Buhari and the convention we had that gave us our presidential candidate in person of Senator Bola Ahmed Tinubu and our vice presidential candidate, Senator Kashim Shettima and we are very proud of the actions of our national chairman and members of the NWC.

“We are very proud of the actions of the presidential campaign council. Though there were lists that were unfortunate not to make the list and the campaign council with the party have anounced that would be harmonized but we happy to say that the party is solidly behind the candidate and I believe whatsoever list has come out erroneously are mistakes and were not authorized.”