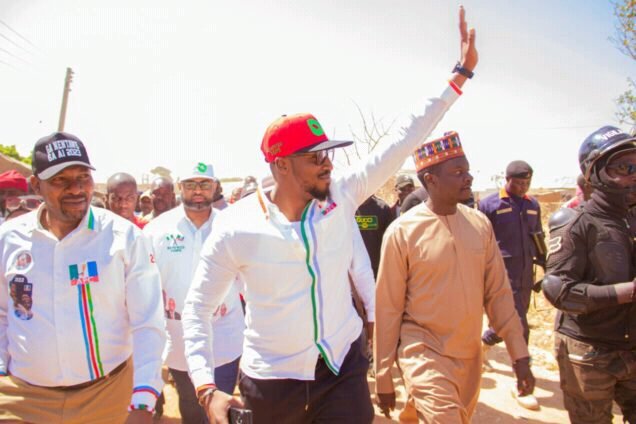 Dr. Umar Mantu, the son of former Deputy Senate President Ibrahim Mantu, has defected from the Peoples Democratic Party (PDP) to the All Progressives Congress (APC).

This is contained in a statement issued by Plateau APC Publicity Secretary, Mr Sylvanus Namang, on Sunday.

According to the statement, Umar officially joined the APC at his Chanso Ward in Mangu Local Government Area (LGA) of Plateau state.

He said that the legal practitioner defected with over 20, 000 PDP supporters from Mangu and Bokkos LGAs.

“The young and charismatic politician, who is in his 30s, said he joined the APC due to the need to be in the right place to contribute my quota to the growth of democracy.”

“My coming into the APC would add value to the party as I would actively play my role to ensure victory for the party from top to bottom in the 2023 general elections,” he said.

Zakari said the defection would enhance the fortunes of APC in Chanso Ward, Pyem Chiefdom, Mangu LGA and Plateau at large, given the statue of defector.

Mr. Elisha Shehu, the state’s Commissioner for Environment, praised Umar for making the wise decision to abandon the PDP in favour of the APC.

The commissioner said that given his antecedents in PDP, his joining the APC was a sure victory for APC at all levels, as he brought his political wizardry, experience and passion into the party

Reactions As Obi Announced His Arrival In Kogi On Christmas Day