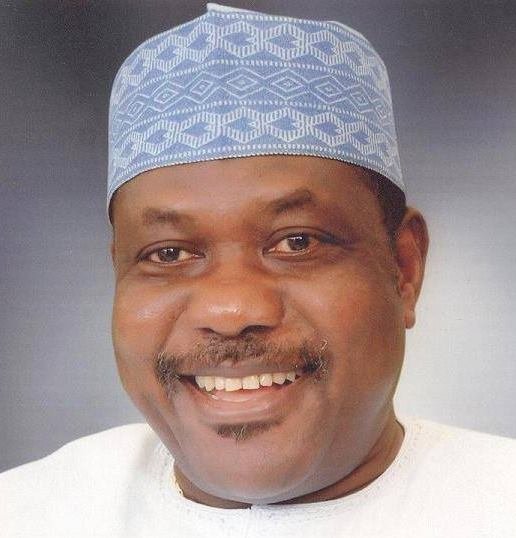 Share FacebookTwitterWhatsAppEmailTelegram
Health care delivery in IbarapaLand, Oyo State, got a boost recently as the Minister of Special Duties, Senator George Akume commissioned and handed over vital hospital equipment worth millions of Naira to Igboora General Hospital with assurances to Nigerians that the Presidential Candidate of the All Progressives Congress (APC), Asiwaju Bola Ahmed Tinubu would improve on the accomplishments of President Muhammed Buhari in rural health care services when he takes over in 2023.
The vital equipment, which include an electrocardiogram (ECG) machine, blood bank, blood chemistry auto analyzer, chemistry analyzer, autoclave machine, four units of suctioning machine, two units of hematocrit centrifuge, four pieces of lucometer, 10 units of blood pressure (BP) apparatus, 100 theater gowns, theater aprons and two 20 KV generators, were facilitated by the immediate past Chairman of National Lottery Regulatory Commission, Alhaji Fatai Ibikunle through the National Lottery Trust Fund.
The Minister said President Muhammadu Buhari directed the Trust Fund to utilize the fund in its kitty towards making life better for people at the grassroots, especially in health care services, and other peculiar needs of rural dwellers across the country.
So far, according to a press release issued in Ibadan by the Chairman, Media and Publicity committee, APC Presidential Campaign Council, Oyo State, Alhaji Kehinde Olaosebikan, the Minister disclosed that the Fund had impacted positively on the lives of millions of people in the grassroots through its various statutory interventions.
The Minister, who spoke via Zoom during the hand-over ceremony, counseled the people of Ibarapa Central Local Government and environs to make adequate use of the equipment and to continue giving their maximum support to President Buhari’s government and APC, assuring them and all Nigerians that Asiwaju Tinubu would consolidate on the accomplishments of the present government with improved health care services at the grassroots.
Related Posts

Jan 27, 2023
Corroborating the Minister, immediate past Chairman, National Lottery Regulatory Commission, Alhaji Ibikunle, who disclosed that the equipment were provided by the government to enhance health care services in IbarapaLand, assured his kinsmen that Tinubu was totally committed to making life better for Nigerians.
Alhaji Ibikunle explained that Tinubu’s Renewed Hope Manifesto contains scintillating health and social programmes that would not only improve the lotsof people at the grassroots but are capable of bridging the gaps between the rural and urban towns.
The APC chieftain, who served full time of four years on the Governing Board of the Lottery Commission, commended Senator Akume, the Executive Secretary of National Lottery Trust Fund, Dr. Bello Maigari, and the Zonal Director for of the Trust Fund for South West, Hajara Buhari for judicious utilization of the Fund and their support in securing the vital equipment forIgboora Hospital.
Urging management and staff members of the hospital to make judicious use of the equipment and maintain them properly, Alhaji Ibikunle expressed his commitment to always serve the people of IbarapaLand and utilize whatever opportunity that is open to him in contributing to the development of Ibarapa and Oyo State as a whole.
In his speech, the Executive Secretary, National Lottery Trust Fund, Dr. Maigari said all the critical equipment handed over to Igboora General Hospital were of high quality, appealing to the hospital’s management to deploy them immediately for the health needs of the town and environs.
Also speaking, Olu of Igboora, Oba Jimoh Olajide Titiloye was full of praise for facilitator of the equipment to Igboora General Hospital, declaring that the gesture confirmed Alhaji Fatai Ibikunle as a true son of Ibarapa land and a good leader worthy of support by all the people of Ibarapa and Oyo state at large.
All the traditional rulers and prominent Ibarapa citizens at the occasion were visibly full of excitement throughout the commissioning ceremony.
23
Share FacebookTwitterWhatsAppEmailTelegram