Tinubu Is A Bonafide Son Of The Tinubu’s Family – Dr. Ade Ekemode 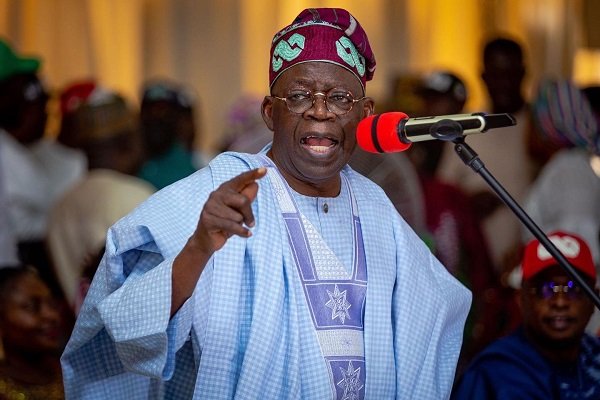 An elder in Tinubu’s family, Dr Ade Ekemode has maintained that the Presidential candidate of the All Progressives Congress, Asiwaju Bola Ahmed Tinubu is a bonafide Son of the Tinubu’s family in Lagos state.

Dr. Ekemode also mentioned that Tinubu’s health is being managed well and that the former Lagos state governor should be considered for the Presidency position in Nigeria.

According to The Newsmen, Dr. Ekemode revealed that Asiwaju Bola Ahmed Tinubu performed well when he was Governor of Lagos state and that none of the aspirants contending with the politician has performed equally as the APC candidate.

He added that Tinubu left Lagos state better than he left it when he came as governor in 1999. He said that despite the fact that there was no federal allocation from the Federal government, the Former Lagos state governor was able to increase the IGR of the state.

In his words, he said;

“We know what Lagos State was before Asiwaju became the governor. He helped to develop Lagos by generating revenue for the state even when the Federal Government deprived it of its allocation.”

“Tinubu has also developed men. When you compare him with the other aspirants you will find out that he has achieved a lot, and none of them can be compared to him.”

The doctor added that there is nobody that cannot be challenged in his or her health. He said that the important thing is for such challenges should be managed and that that is why there are doctors. He said that Asiwaju is enjoying good health.

He further said; “There is one thing I want people to know, I am speaking now as a medical personnel. People have been saying whether Tinubu is a bona fide Tinubu’s son or not, I am speaking categorically as a doctor, if you carry out Tinubu’s DNA, you will see that it’s positive, I am putting my 59 years experience on the line for that.”